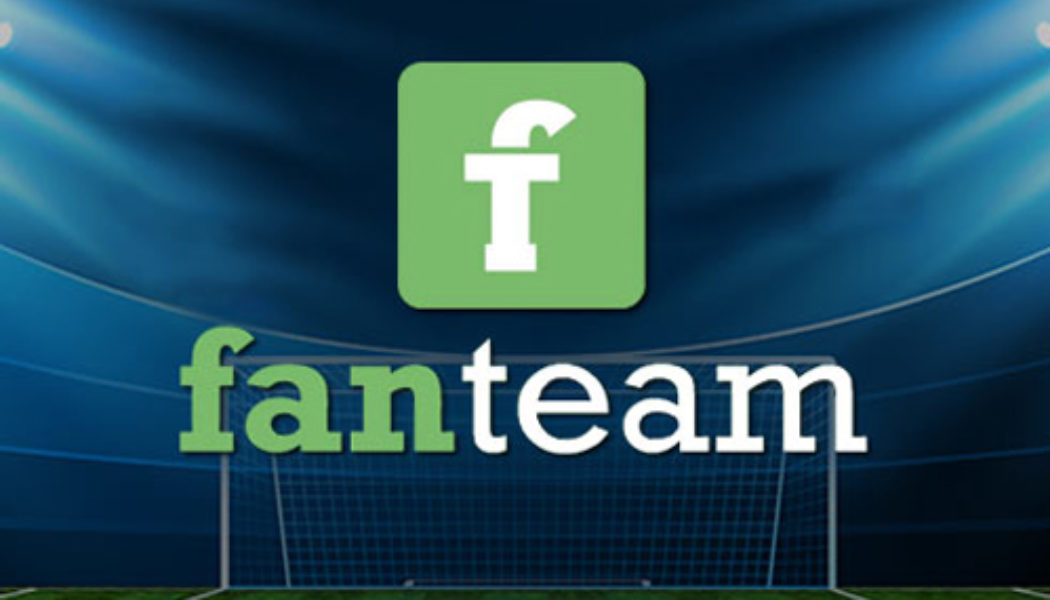 FanTeam CL Wednesday (11th March) – Free Ticket Giveaway Now I’m not usually one to boast (fantasy cricket aside) (and Ilicic ) but having already had a couple of winners at Cheltenham yesterday I was feeling a bit lucky and so when I got a call from the good people at FanTeam asking if I fancied a few free trial tickets for their Tuesday night CL games I naturally thought ‘oh go on then, why not…’. Three hours later and I was suddenly €530.44 richer! And it took me about 2 minutes to enter. And I only came 4th. Seriously… To celebrate this we are offering you all the chance to do likewise. There are two levels of free entry here; NEW USERS* If you are new to FanTeam you can claim a €20 ticket to tonight’s CL game simply by clicking here to register and ...[Read More] 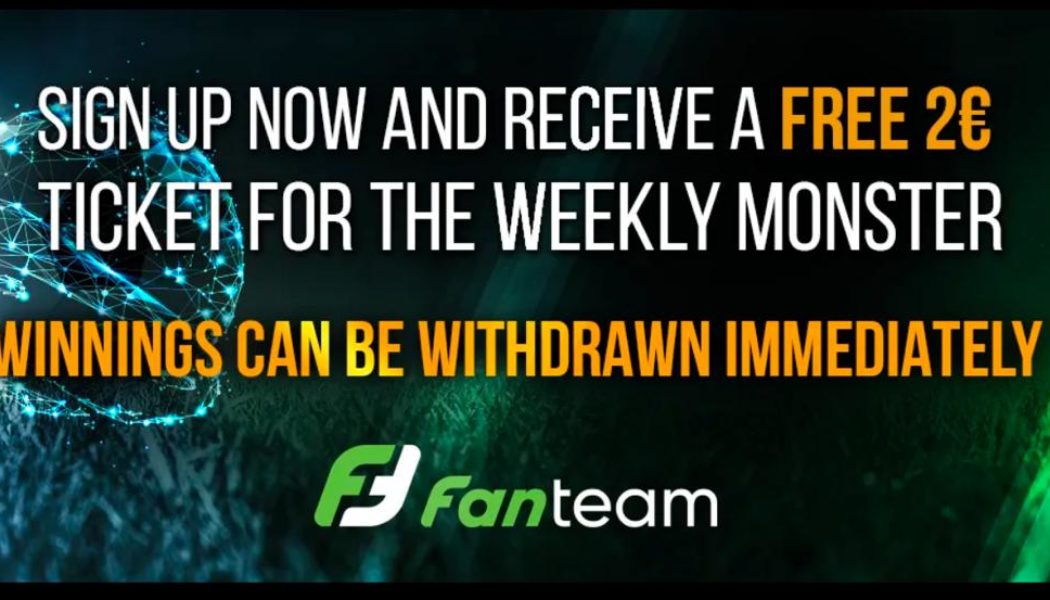 CL Tuesday New format: Pursuit (10th March) – Preview Finally, the second legs of the Champions League round of sixteen begin, starting on Tuesday with Leipzig-Tottenham and Valencia-Atalanta. Sign up here! First of all I have prepared a table for you again: Here are the 4 teams that will play this Tuesday. We can see their probability of winning, the probability of them scoring a goal and the probability of them having a clean sheet. It quickly becomes clear that Leipzig outperforms in all categories and Tottenham is the tail light. Leipzig wins by 62%, Tottenham only by 16%, Leipzig scores 86%, Tottenham only by 59%. Accordingly the clean sheet probabilities: As usual, we look at the defensive lines of all 4 teams first. For this we take the average price at Fanteam.com of the 4 most exp...[Read More] 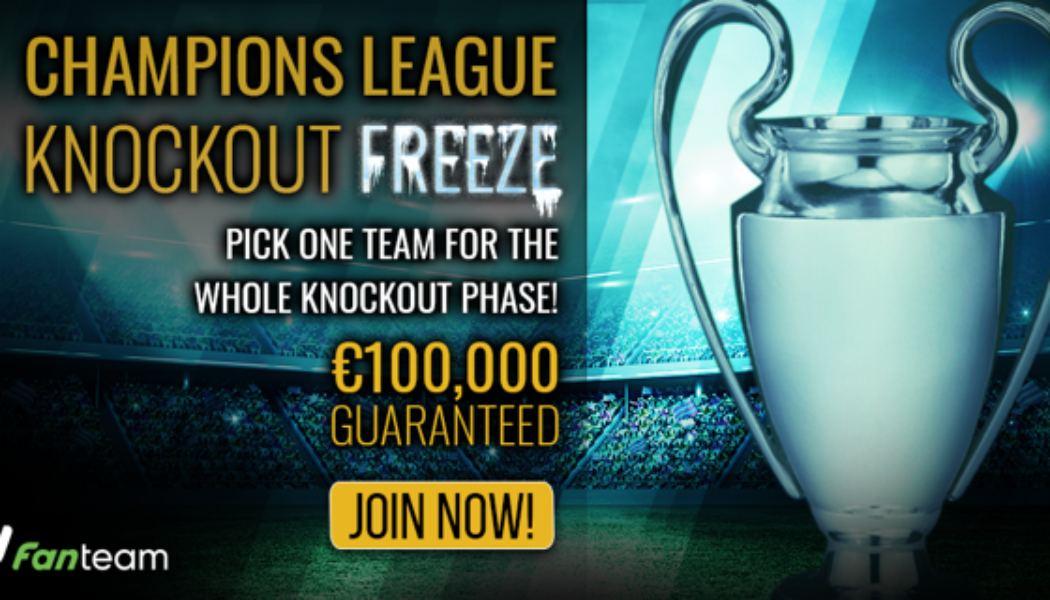 Introducing the €100,000 Champions League Knockout Freeze Tournament Champions League 2019/20 is gearing up for a spectacular finish and Fanteam is hosting another big event with a massive guaranteed prizepool of €100,000! The group stage is over and all quality clubs will challenge each other in the knockout phase, everyone with an eye on the trophy. This year, the CL tournament is more open than ever before! That is the perfect foundation for a season-style fantasy game, and Fanteam heard the call. Freeze format Usually, cup format tournaments are not ideal for a regular season game, but the biggest European Daily Fantasy Sports Platform came up with the Knockout Freeze format! This means users will not be able to change anything about their team, once the first match of the knock out ph...[Read More] 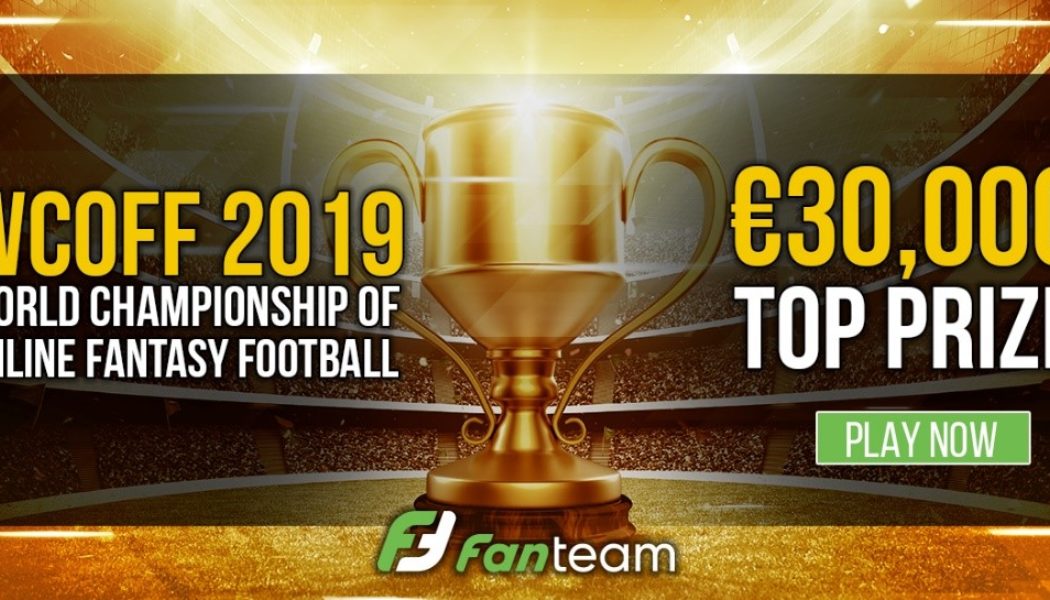 2x €3000 (Rookie) Xmas Freeroll on Fanteam! Turn €20 into €30,000! We can’t wait for the World Championship of Fantasy Football 2019 to begin and want to give our new users the chance to take part in the biggest Fantasy Football event this winter! Register now on Fanteam to participate. Around 100 teams will compete for the top prize of €30,000 in the WCOFF! Freeroll for all 2019 users If you signed up on Fanteam after 01.01.2019 and join the upcoming Boxing Day 50k contest (€20), you will receive an exclusive ticket to a Freeroll tournament where the first 3 places win a ticket to WCOFF 2019. Each of those 3 tickets is worth €1000! Additional Freeroll for new users! – Get a 1000€ ticket with ease For new users it gets even better. If you registered later than the 23rd of December, y...[Read More] 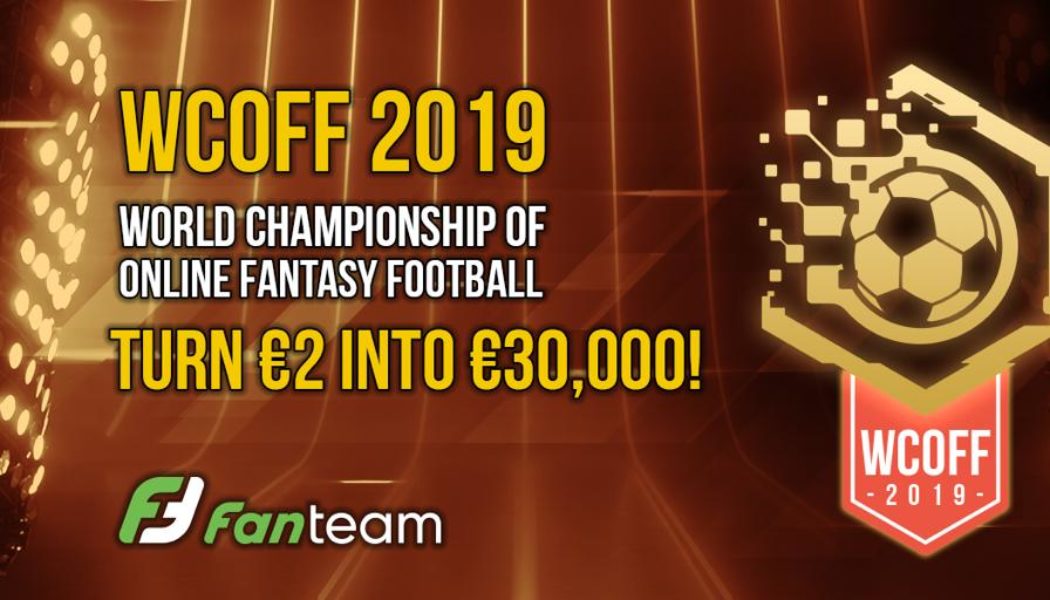 Fanteam announces the third instalment of the World Championship of Online Fantasy Football!

Fanteam announces the third instalment of the World Championship of Online Fantasy Football! Do you have what it takes to become a World Champion? If you can climb to the top in the final, you can cash out €30,000! The prize pool in the final is guaranteed to be €100,000. The buy-in in the final is €1,050, but don’t worry, it is very possible to get into the final without paying the big bucks. Actually, the vast majority of the finalists will qualify via satellites, which are running many times a week from now until the end of December. The final in itself will consist of two gameweeks of Premier League in daily fantasy style where the points from round 2 gets added to round 1 to get the final score. The two final rounds are independent, so you will be able to create a brand new team in ro...[Read More] 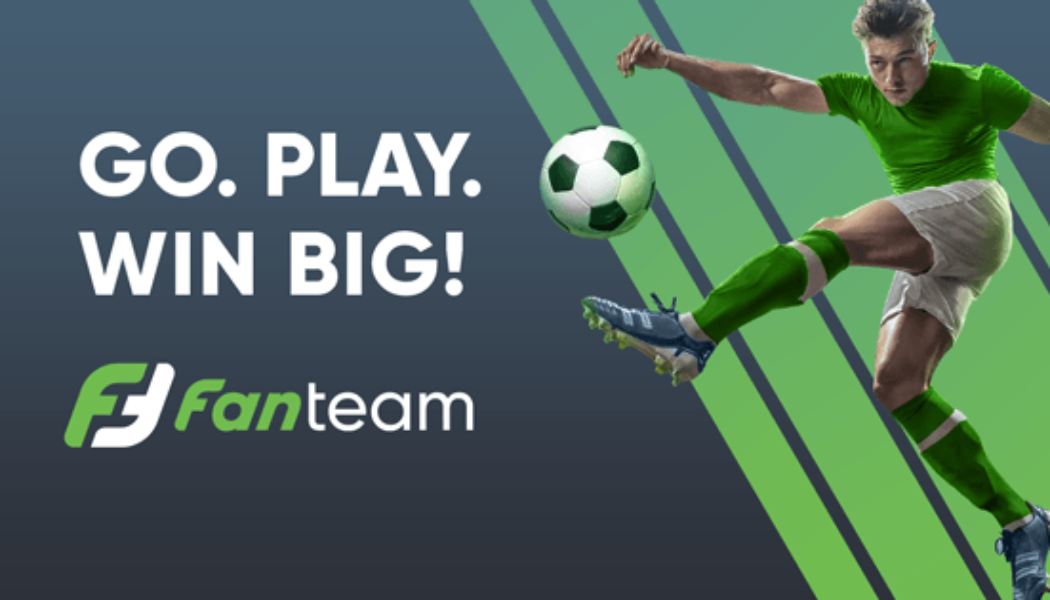 How to approach the FanTeam Weekly Monster GW 11… and win free tickets to it!

How to approach the FanTeam Weekly Monster GW 11… and win free tickets to it! FanTeam is back in our focus again as the Weekly Monster returns with a prizepool of €50,000! We have a special giveaway of 10 tickets worth €20 each to our readers. All you have to do is respond in the comments below with your Fanteam Username and we shall do a free prize draw on Friday evening. The deadline is 11.30pm on Friday for entries. Recap What a weekend that was! With 38 goals, GW 10 was the highest scoring round in the current season. Of course the record-breaking 0:9 away victory of Leicester City against a red-carded Southampton side contributed immensely. Will the Foxes keep on hitting the net in another away match against Crystal Palace? Or is there another team looking like it’s ready ...[Read More]