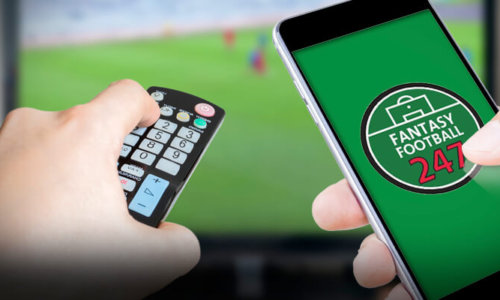 Fantasy Football Live Match Chat and FF247 Site Team Gameweek 36+ GW36+ Deadline; Tuesday 14th July 7.15pm GMT These game-weeks are turning up more often than a Trump gaffe but unlike the illustrious leader we have your best interests at heart. So take note of this week’s deadline…. 7.15pm on TUESDAY. We had FF247’s very own Rosco joining Raz’s ‘Forgot the deadline club’ in GW35+ so be warned it can happen to the best (or sleepiest) of us. GW36+ is a 4-day Tuesday-Friday game-week starting in West London and ending with a Friday night knees up in the East End. Loads of opportunities for ...[Read More] 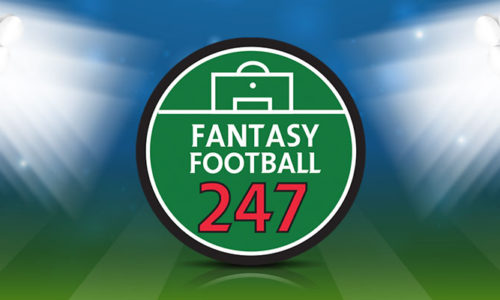 Fantasy Football Live Match Chat and FF247 Site Team Gameweek 35+ Welcome to Fantasy Football Live Match Chat Gameweek 35+. GW35+ Deadline; Saturday 11th July 11:30am GMT Timing is everything… For those of you struggling to keep up with the rapid deadlines; tough sh*t & It’s posted on site in at least three different locations, including a very handy countdown timer. But if you are one of those, not to name names, (Raz, Ivan & AJW) you may want to pay attention to the following as the next few weeks may prove particularly challenging for you; GW35+ ends abruptly on Monday night...[Read More] 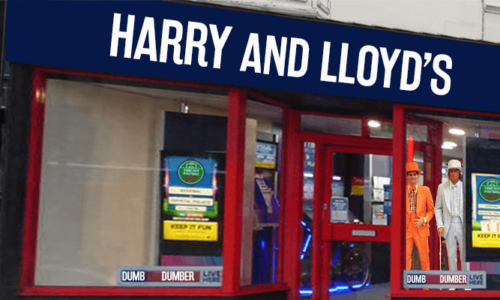 Harry and Lloyd’s Fantasy Predictions GW36+,GW37+,GW38+ Welcome to Harry and Lloyd’s Fantasy Predictions GW36+,GW37+,GW38. The end is nigh. Not it an end of days kind of way, although given recent global events it’s probably best to be clear on that. No sooner has the league resumed it’s almost time to bring it to an end. The games have come thick and fast and it’s been great that so many of you have stayed engaged, so first of we’d like to thank you for that! This is our final predictions ‘article’ but we will, of course, bring a final results a...[Read More] 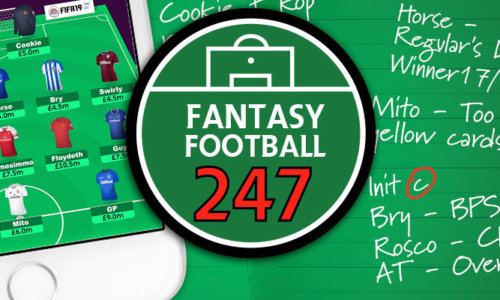 Fantasy Football Live Match Chat and FF247 Site Team Gameweek 34+ Welcome to Fantasy Football Live Match Chat Gameweek 34+. GW34+ Deadline; Tuesday 7th July 5:00pm GMT A game of two halves WAKEY WAKEY FOLKS! GW 34+ is upon us, about 14 hours after the last one finished. And we are back as ever with the latest LMC and FF247 Site Team news. Finally it looks like some of the players and teams are warming up nicely and perhaps those balmy yet boring evenings of bore draws and friendly pre-season type games are behind us. This particular one spans three days over Tuesday, Wednesday and Thursday bef...[Read More]

Fantasy Football Live Match Chat and FF247 Site Team Gameweek 33+ Welcome to Fantasy Football Live Match Chat Gameweek 33+. GW33+ Deadline; Saturday 4th July 11:30am GMT Fickle, much? And on we go again! We hope you enjoyed your one day break from football. Or at least your spouse / better / worse half did. But fear not if you were having withdrawal symptoms as this weekend will certainly make up for it. Technically speaking you can watch football on Saturday from about noon until 10pm (and then stick MOTD on), and then again on Sunday it’s likewise but sadly only up until 9pm, (MOTD 2 will pr...[Read More]

Harry and Lloyd’s Fantasy Predictions GW33+,GW34+,GW35+ Welcome to Harry and Lloyd’s Fantasy Predictions GW33+,GW34+,GW35. The games continue to blur into one, so to save us all some time we’ve once again combined the upcoming three Game Weeks into one. As before, you can either make predictions for all fixtures in one post or individually, all we ask is that you post any subsequent predictions on your original comment. On to the winners! GW30+ Winner is RafflesHotspur on 11 pts, it went down to the wire but his 31st minute (first goal prediction) was the closest to the (45+2...[Read More]

Fantasy Football Live Match Chat and FF247 Site Team Gameweek 32+ #YNWA Welcome to Fantasy Football Live Match Chat Gameweek 32+. GW32+ Deadline; Saturday 27th June 11:30am GMT I concur… We really can’t start anywhere else this week other than simply congratulating our new League Champions Liverpool! What a magnificent season it has been for them and it is truly deserved. None of that Jose / Chelsea nonsense of limping over the line, they did it in style and that was typified by their crushing of Palace on Wednesday night. #YNWA Which leads us nicely back into GW31+. And quite frankly, L...[Read More]

Three Fantasy Football Picks Who Have Vastly Underperformed This Season

Three Fantasy Football Picks Who Have Vastly Underperformed This Season With the current 2019-20 Premier League campaign approaching its conclusion, FPL managers will undoubtedly be taking time to reflect on the performance of their fantasy teams. Players such as Trent Alexander-Arnold, Danny Ings, and Pierre-Emerick Aubameyang have continually delivered this season whilst, according to official Fantasy Premier League statistics, Manchester City’s Kevin De Bruyne has been the top player this year, accumulating 216 points so far. However, at the other end of the spectrum, there are numero...[Read More] 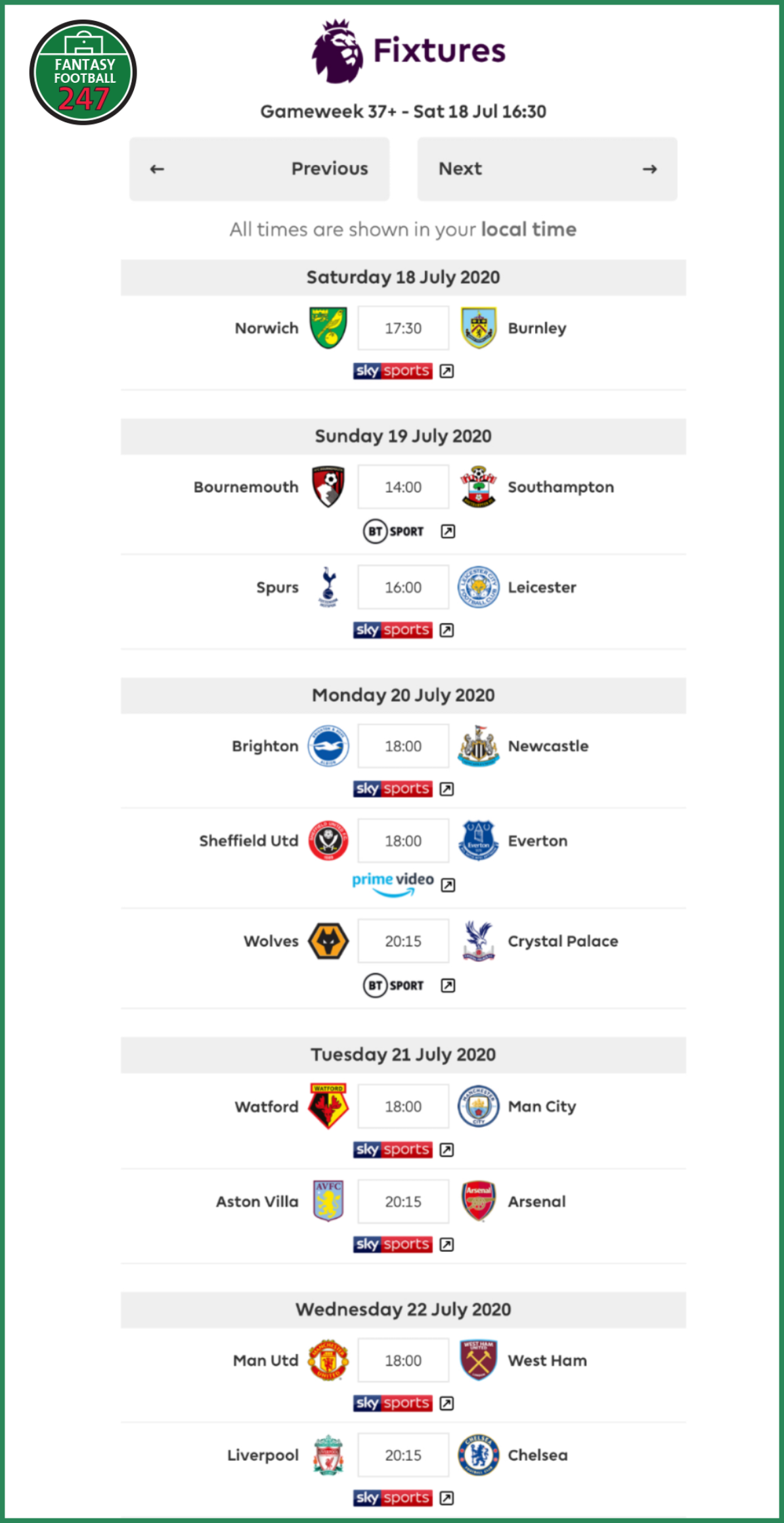