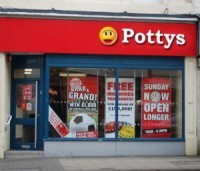 Hi everyone and as you read this the big kick-off will not be far away and I for one cannot wait and I feel my present team is the one I’ll roll with come Friday when the France vs Romania game gets us underway. But I’ve only gone and bloody well lost the draft, anyway of what I can recall I had Ferdinand as captain which means I’m ready.
For the current Champion of my Fantasy Euro’s 2012 it’s been a long wait and countless hours of preparation as INITTOWINIT plan’s to defend his title in blistering style and believe me he is truly up for this. But maybe you yourself are the one who’ll stop him ?
So onto my League entitled – Sing A Song 4 Europe – the code is 011427DN

Yes the response so far has been amazing and so much so, I will on Thursday night dividing us all into 2 competitions that are the Brotherhood of Man Party and the Peters and Lee Reunion Night. Both tournaments will be run exactly like the Euro’s itself with 6 Groups in each very competitive game with the top two from each group, plus the four best 3rd placed teams going through to the “Potty round of 16”.
Now set a date on your phones, tablets, laptops as all the groups will be posted on here and under this article on Thursday night from 10pm onwards in the “LIVE” draw.
So until then post below all Potty Euro Fantasy talk and yes you are now in one hell of a summer of Pottyness.
Big Hugs
Potty