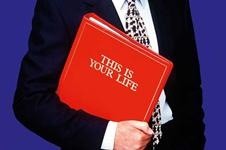 Here at FF247 towers we’ve often wondered what driving forces skulk behind a comment or a rate my team reply, do we really know the mindset and the persona of the people we are conversing with?! To find the answers to these questions we have lured some regulars from out of their caves and got them to endure a simple Q&A session.
Hopefully this will help us to uncover whether each member can be viewed as a ‘fellow sports enthusiast’, ‘colleague’, ‘fantasy friend’, ‘internet troll’ or indeed ‘sociopath’! Let’s take a look inside the minds of our first two ‘victims’ then and see whether, hiding behind the cute monkey gravatars, lurks a sadistic, megalomaniacal, psychotic keyboard warrior. Or just a normal guy or gal who likes to play fantasy football…
First up on the chopping block are Tekno and chins and bellies. 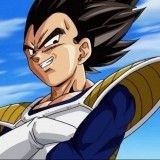 Members name: Tekno-kun
Real name: Jostein Bjørkum Andersen
Occupation: Student
Age:20
Country of residence: USA (Norwegian of birth)
Best finish in The Barclays Premier League Fantasy Football game: 47,738
Current position for the season: 382,685
Planned finish (at the start of the season) for FPL in 2014/2015: Top 20k
Expected finish for the BPL FF game in 2014/2015: Top 20k
Tell us about yourself in less than 50 words: I’m smart, rational, intellectual, independent, rebellious, eccentric, arrogant, handsome, and honest. I excel at logic and reason, but suck at emotions. I care little for conformity, preferring the eccentric and unique instead.

SPORTING FAVOURITES
Sport: Soccer
Sporting Team: Manchester City
Sporting Personality: Zlatan Ibrahimovic
Sporting moment on TV: When Aguero scored in injury time and City won the title. Sobbed like a little girl.
Sporting moment witnessed live: Seen some PL matches and Norway’s national team. Nothing noteworthy.
Sporting venue or event you’d most like to visit: Superbowl
Do you have any personal sporting achievements you’d like to boast about: In 5th grade I scored 10 goals in one schoolday. Legend.

RANDOMS
Person you most look-alike in the celebrity world: According to a celebrity match-maker I look alike Orlando Bloom, Justin Timberlake, Leonardo Di Caprio, Adam Sandler, and Robert Duvall.
Which 6 celebrities dead or alive would u have at a dinner party: Nietzsche, Einstein, Oscar Wilde, Napoleon, Aristotle, Anton LaVey.
Which 3 items would u take to a desert island (no humans allowed!): Adult ‘Art’ magazines, Nintendo 3DS and special brownies.
If you won £100,000 what would u do with it: Buy all the video games I want, then invest and save the rest.
The perfect afternoon would be spent: High.
My Epitaph would read: What the fudge is an epitaph. 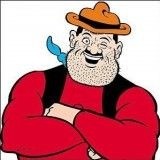 Members name: Chins and Bellies
Real name: Iain (That’s an “I” at the start, not a “L”. Honestly. Some people.)
Occupation: Currently unemployed. Finance person by trade, currently unemployed. Just moved countries and seeking work! Anyone?
Age: 35
Country of residence: USA.
Best finish in The Barclays Premier League Fantasy Football game: Somewhere in the top 5k. I don’t recall exactly. Oh ok, it was position #3,961. (I have it tattooed on my arm).
Current position for the season: 284,379.
Planned finish (at the start of the season)for FPL in 2014/2015: 1st. Obviously.
Expected finish for the BPL FF game in 2014/2015: Top 50,000 would be nice after that start.
Tell us about yourself in less than 50 words: Essex boy with Scottish roots. Father of two. Family and I moved to the US in June. Loving the American life. Tacos and American Fantasy Football are my two current favorite things.

FAVOURITES
Food: Despite the Taco references, you can’t beat Chicken and Ham pie, or a Roast Dinner.
Drink: Cold Stella Artois. Although a glass of Sancere is pretty damn good too when I’m feeling a bit more cultured.
Band/Type of music: I listen to a bit of everything from Rap to Country Music. Favorite band are Phoenix. (French Electronica-type coolness.)
TV Programme: Can’t pick one. Love list includes The Wire. Pointless. The Trip. Mysterious Cities of Gold (80’s cartoon!). Alan Partridge. 24. Breaking Bad.
Films: Office Space. Dumb and Dumber. Dragnet. NWH (Fear of a black hat). Talladega Nights. Night at the Roxbury. AnchorMan. Don’t be a menace to south central while drinking your juice in the hood. Hoop dreams. White men can’t jump. Naked Gun.
Book/Author: I have all of the Andy McNab and all of the John Grishams. Love them all. But my favorite single book is ‘Bonfire of the Vanities’ by Tom Wolfe. Highly recommend you read it.
Joke: My two favorite comedians are Stewart Francis and Milton Jones. A joke from each of them: “My therapist says I have a preoccupation with vengeance; we’ll see about that.” (Stewart Francis) And… “The worst job I ever had was as a forensicologist for the United Nations. One time I thought I’d come across the mass grave of a thousand snowmen, but it turns out it was just a field of carrots.” (Milton Jones)
Country visited (and state why!): Not very exciting, but probably Germany! Beautiful countryside, towns and villages. Cool cities. Brilliant roads. Nice people. Great food and beer.
Country would most like to visit (and state why!) Japan. Just for something completely different. And I like Fish.

SPORTING FAVOURITES
Sport: Football (Soccer), but the players nowadays make it very hard to love it as much as I used to.
Sporting Team: Arsenal, but with the same caveat as above.
Sporting Personality: Dennis Bergkamp. I was lucky enough to have a season ticket at Highbury for Bergkamps first season at Arsenal. Best player ever.
Sporting moment on TV: Ray Parlours goal in the 2002 FA Cup final win against Chelsea.
Sporting moment witnessed live: Vieira’s FA Cup winning penalty against Man Utd and last ever kick in an Arsenal shirt, or… Bergkamps first goal at Highbury.
Sporting venue / event you’d most like to visit: Seattle’s NFL stadium.
Do you have any personal sporting achievements you’d like to boast about: Sadly, no.

RANDOMS
Person you most look-alike in the celebrity world: Gary Kelly. Right back that used to play for Leeds Utd. Not exactly a celebrity but its the best I could do.
Which 6 celebrities dead or alive would u have at a dinner party: Alexander the Great, Robin Williams, Jesus, Adolf Hitler, Albert Einstein and Jim Carrey.
Which 3 items would u take to a desert island (no humans allowed!): A football. Fishing equipment. A boat.
If you won £100,000 what would u do with it: Buy a bigger house or invest it for the boys future. Sorry, boring.
The perfect afternoon would be spent: Having a picnic in a park on a sunny day (not too hot), playing with my boys, keeping up-to-date with the football as Arsenal put 8 past Chelsea. Mourinho getting sacked and Wenger retiring immediately after the game.
My Epitaph would read: Loving husband, father, grandfather and great grandfather. Oldest ever debutant for Arsenal FC. First man to live to 150 years old.

Many thanks to both Tekno and chins and bellies for being so candid! We hope you know your two fellow ‘fantasy friends’ a little better now. Next up for inspection are B-Bash and NIN…
If you feel that you would like to expose your inner self then please feel free to mail us at contact@fantasyfootball247.co.uk and we shall have peakydave interrogating you quicker than you can say ‘no really, those are my wife’s pants’.

Thanks for reading Who are you? Who are you? Fantasy manager profiles – Fantasy Premier League 2014-15. This article was written by peakydave 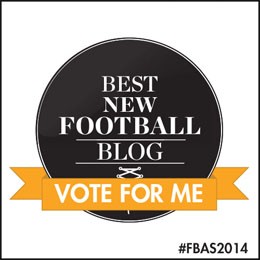