As you have become accustomed to in recent years, we start the new season off with your one-stop shop for all things pre-season with our club-by-club guide to their goings-on this summer.

Monday 5th July is the date when the first batch of Premier League Clubs return for their pre-season testing and initial work. Although, with international competition still ongoing – Euro 2020, Copa America and with the Gold Cup and Olympics still to start – then it won’t be a case of ‘all present and correct’ at the likes of Carrington, Finch Farm, Colney, Darsley Park etc. This will be a pre-season like no other.

When you add in the current travel restrictions that are in place, then this further clouds clubs’ usual pre-season jaunts and some clubs, probably all, have had to tailor their warm-up plans accordingly (Scotland is nice at this time of year!).

When you add in the fact that (again) many of the elite players will have had no proper rest, this perhaps is the least important pre-season to pay close attention to team’s line-ups, scorers etc, but we at FF247 will treat it no less so by bringing you details of what all the clubs are doing in preparation for the new season.

For those new, or just forgetful, we list all clubs below with their own comment and we (or we encourage YOU) to add in any pieces of information you might find relevant to injuries, team line ups or the like. Transfer speculation can probably be left out (we’re old school at FF247 – until the player is stood with the scarf above his head it hasn’t happened) but line-ups, scorers and assisters information is the purpose of this article.

Now, where is everyone? 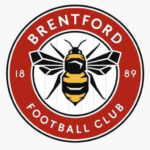 And there we have it. Any additional fixtures announced will be added in as they arise.