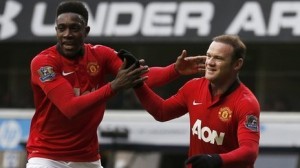 Super Sunday started off with a mouth watering clash as both Manchester United and Tottenham Hotspur were looking to bounce back from disappointing results last weekend. A win was needed by both sides and they gave it a good go. It was Spurs who opened the scoring in the 18th minute as Kyle Walker cleverly blasted the ball under the jumping United wall from a free-kick after Paulinho had been fouled by Jonny Evans. It was then the turn of United’s man in form, Wayne Rooney, who poked home the equaliser in the 32nd minute after Walker made a complete mess of Phil Jones’ clearance and allowed the ball to drop at the feet of the striker. The teams went in level at the break and the match was poised for a tight second-half affair. No one would have expected Spurs second goal scorer but a moment of pure brilliance saw Sandro smash the ball into the top right corner of the United net and send the White Hart Lane faithful into raptures. Moussa Dembele  was credited with the assist but it required a mazy run from Sandro to produce some space for the shot. The lead, however, was short lived as Danny Welbeck was brought down in the area by Hugo Lloris and a penalty was awarded. Up stepped Rooney again to get his second of the game and keep up his brilliant run of performances. That was how the scores remained, neither side happy with the result but a pulsating affair which could have gone either way. 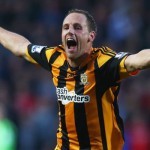 With the news that Daniel Sturridge is out for between 6-8 weeks, the mood in the Liverpool camp was a bit sombre prior to kick off, and their day did not improve from there. An absolute shambles of a performance saw them slump to their second away defeat. Credit must be given to Hull however as the tactics of Steve Bruce were spot on. Jake Livermore opened the scoring with an ambitious effort that looped in over Simon Mignolet in the 20th minute, with David Meyler being credited with the assist. Liverpool then bounced back seven minutes later with a well worked free kick that saw Steven Gerrard curve the ball into the bottom of the Hull net. With 18mins to go, The KC Stadium went into overdrive as Meyler turned into goal scorer to notch his first goal for the Tigers. Insult was then added to injury in the 87th minute as a Tom Huddlestone shot which was clearly going wide was turned into the net by Martin Skrtel and confirmed the three points for Hull. Those fantasy managers that captained Luis Suarez would not have been happy. 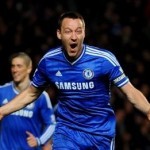 What a crazy start to this one as Southampton opened the scoring after just 13 seconds of play. It was Jay Rodriguez who latched onto a loose pass from Michael Essien to slot home past Petr Cech. A forced change then saw the injured Oscar replaced by Frank Lampard just before the half time break. Second half and it was up to two Chelsea defenders to get them on top of this game. On 55mins, Chelsea equalised through a close range headed finish by Gary Cahill after a scramble in the box, which saw Demba Ba hit the post and the rebound put in by the defender. In the scramble, Saint’s keeper Artur Boruc suffered a dislocated finger and had to be withdrawn, being replaced by Paolo Gazzaniga. Seven minutes later, a Juan Mata cross was headed home by John Terry to put the Blues into the lead, which they didn’t surrender. The game and three points were then sealed in the last minute as Demba Ba scored his first goal of the season after striking home Ramires’ ball into the box. The result takes Mourinho’s men into second place, four points behind Arsenal, though many fantasy managers will be more concerned about the injuries to Oscar and Boruc. 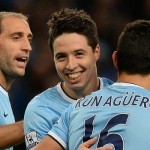 Alvero Negredo got things up and running in the 8th minute as he converted a free kick to give City the lead. That was how the score remained going into the break, although Jonathan De Guzman had a fantastic opportunity to level things up. From then onwards it was plain sailing for City and they got their second and third through Samir Nasri, rewarding fantasy managers who held onto him. The first coming from an assist from Yaya Toure and then the second to wrap up the game was provided by Pablo Zabaleta in the 77th minute. For once fantasy managers were left utterly disappointed as Sergio Aguero’s only telling contribution to fantasy managers was to pick up a yellow card.