Five Worst Transfers in Football History Football transfers are a gamble. They are as flimsy as most Euro 2020 prognozes. No one can know for sure if a signing will be a success. A myriad of factors come into play determining this outcome. A devastating injury can spring out of nowhere. A player could have a poor run of form, face acclimatization issues, be unable to find his role in a specific system, and so on. Football history is full of sure-fire deals that went horribly wrong. For every transfer that turned out better than expected, dozens were nothing more than money thrown down the drain. Player signings are so risqué nowadays that some online bookmakers even put up odds if they will happen and how they will pan out in the short term. These are gambling sites with a vast array of sp...[Read More]

Why do footballers prefer online casinos?

Why do footballers prefer online casinos? The gambling industry opens great opportunities to engage in a hobby not only before everyday gamblers worldwide. Sporting celebrities, including footballers, are also casinos not registered with gamestop frequenters. For football stars gambling is an entertainment, a hobby, and a chance to show themselves in a new sphere. Some sportsmen choose online casinos, which provide the atmosphere of land-based clubs; at the same time, one can make bets and trigger spins without leaving the comfort of one’s home. Others participate in tournaments. Footballers who play poker Famous footballers are interested in online poker. The Spanish footballer Gerard Pique from Barcelona prefers to play this game to unwind from his main occupation. This simple fun activi...[Read More] 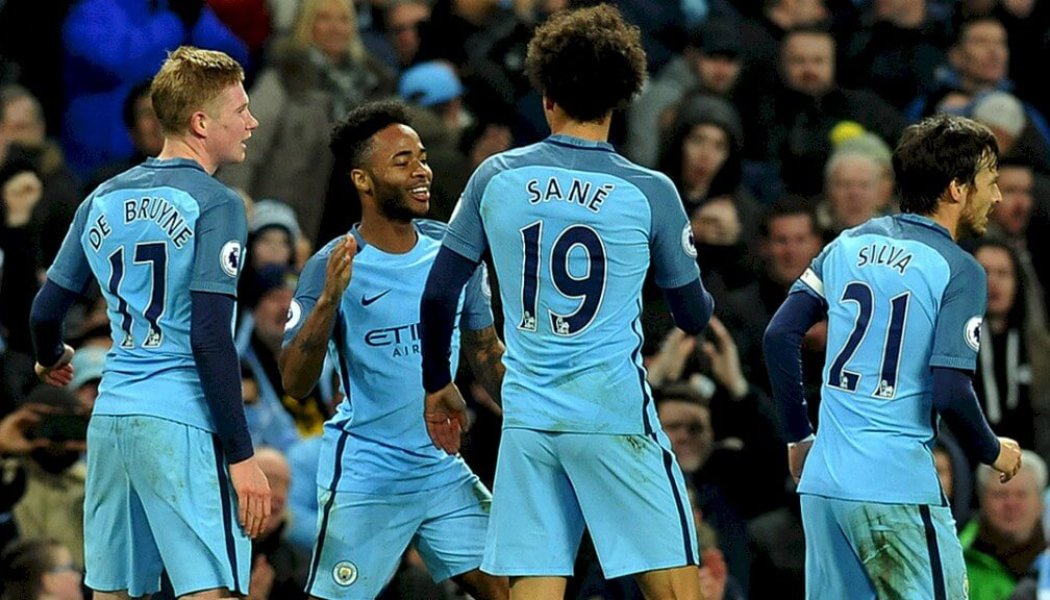 The Man City Dilemma We all know we have to own them, but it can be infuriating as heck. Do you want to pay top money for KDB and then watch his less expensive mates outscore him? Do you want Sterling and Sane and then have to deal with them being benched while KDB starts? Jesus is the guy up top, until Kun is, until both are, until Jesus is again, until Kun is again… and so on and so on. Perhaps we should avoid them and not have to worry about all that rotation? Yeah, that’s not going to work, because five of the City boys we are fixing to talk about are in the top 15 in FPL points and the one missing out, Jesus, is only 4 points from also being in that illustrious club. Perhaps if we dive into some of their stats and minutes played we will get a clearer picture or perhaps we ...[Read More] 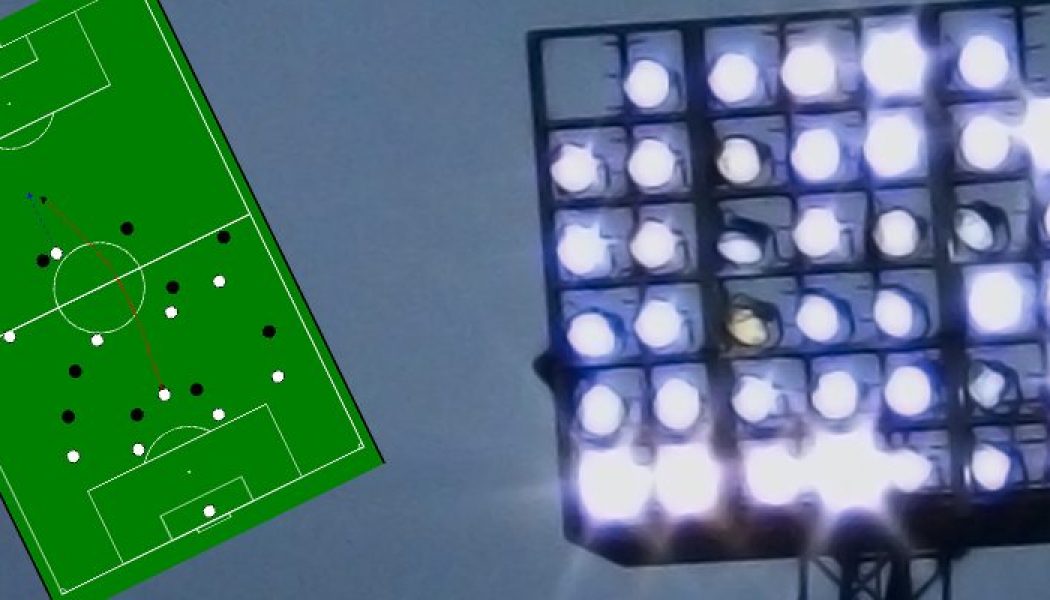 Fantasy Premier League Tips Formation Analysis Welcome to Fantasy Premier League Tips Formation Analysis. What formation to play has previously and largely been a non-discussion. In past seasons it’s seemed that, other than a few voices pushing for a 3-5-2 formation, the default has been a 3-4-3. Front heavy teams have thrived with expensive forwards like Kun, van Persie, Drogba, Rooney, Suarez etc. Mix in a few high priced mids and cheap enablers in the defence and on the bench and you’ve had yourself a recipe for success. Are we suddenly beginning to see a shift this season though? It certainly feels like it but is there any evidence to back this up or does it just feel like it because Klopp’s computer says ‘no’ to forwards?! We shall take a look at the over...[Read More]

Fantasy Premier League – International Round-Up [three_fourth padding=”0 20px 0 0″] Embed from Getty Images [/three_fourth]Hello you global fantasy managers out there, how happy and enthusiastic about national team footy are you all? A lot, I rather watch Andorra vs Latvia ahead of any EPL game any day of the week, I hear? Bored off, I hear? Absolutely annoyed by it really, I hear? Well, well, surely we all like to see our country battle against other nations but maybe they should only do it after our dear FPL season is over and not just after it began! F**! Just now that we got some momentum going, and by momentum I mean FA’s impressive streak of disciplinary action, they just had to bottle it all and hijack all our best assets making them travel around the world instead...[Read More]

FPL launch 2016/17 – New Rules and Player Pricelist Finally it is live! FPL is back, life as we know it will not be the same for the next 10 months! At first glance there seems little change to last season – budget and squad size is naturally the same and the four chips remain in place, including the two wildcards – one to be used in the first half of the season, the other to be used in the second half of the season. The first may not be carried over – so use it or lose it. The only change seems to be in the calculation of bonus points – a breakdown of which can be found under the Rules tab. With less than a month to go before the start of the season, managers will be busily playing with different formations and strategies, so to help you on your way, let’s take a very brief look at ...[Read More]

Manchester City – Fantasy Premier League 2015/16 [three_fourth padding=”0 20px 0 0″] View image | gettyimages.com [/three_fourth]Having finished 2nd in the Premier League and not won a single trophy, Manchester City will be looking to improve on a disappointing season and revitalize their title ambitions. Despite scoring *only* 83 goals last season, 19 goals less than the season before, City were still the highest scoring team and are extremely fantasy relevant due to their free-flowing, attacking football. Hence, I will take a look at what can be expected from City for the upcoming season, and try to provide some fantasy relevant tips. Transfers: In: Raheem Sterling, Fabian Delph, Patrick Roberts, Enes Ünal Out: Scott Sinclair, Matija Nastasic, Dedryck Boyata, Micah Rich...[Read More]

Fantasy Premier League 2015-16 Pre-Season Round up

Fantasy Premier League 2015-16 Pre-Season Round up [three_fourth padding=”0 20px 0 0″] View image | gettyimages.com [/three_fourth] Hello. Happy Summer everyone and welcome to your Pre-Season Article. The article is intended as a ‘work-in-progress’ and a workspace where we can keep each other up to date with all the latest line-up and substitution news for all twenty of this season’s Premier League teams ahead of our final selection of our fantasy squads. We should also record the scoreline particulars including the all-important scorers, assisters and ‘nearly men’. Any salient information such as a defender on penalty kicks duties, a midfielder playing striker or Asmir Begovic playing some part in a Chelsea match to let him think he has a chance of playing this season, can be ...[Read More]

FPL launch 2015/16 – New Rules and Player Pricelist Finally, after weeks of waiting excitedly like a child on Christmas Eve, FPL has been launched for the 2015/16 season. With GW1 still the best part of a month away, there will be countless hours of tinkering ahead as managers try and ensure they get off to the best possible start in their pursuit of global domination. The price list will be carefully scrutinised to find this season’s Harry Kane, while many a club’s pre-season tours and friendlies will be monitored to see who is showing impressive form and which of the new transfers appears to be settling in the best. All of this is of course normal July and August behaviour for us frustrated FPL managers, especially those who didn’t get involved in Fantasy MLS and the U21’s Euro Cha...[Read More]

Fantasy Football Hot Topics With just three gameweeks remaining there appears to be a feeling of apathy reverberating around the world of fantasy football! We can’t quite put our finger on the reason for this but our old friend the ‘template team’ is perhaps largely to blame! However we’ve all gotten this far and with the finishing line in sight there is no excuse for taking your foot off the pedal, unlike some Premier League sides. With only three gameweeks remaining it is going to be quite difficult for those of us chasing to make up any serious points differences but try we must as none of us want to turn into the Arsenal of the fantasy football world. Did you know that finishing above Spurs is seen as an achievement by the Gooners? Ya learn something new every day. We’ve decided to cha...[Read More]

Happy Hollandaise – Fantasy Premier League 2014/15 [three_fourth padding=”0 20px 0 0″] View image | gettyimages.com [/three_fourth]Greetings from the warm and cozy Ivory Towers here at FF247 Headquarters. As I sat in our luxurious cafeteria this morning having breakfast and wondering what to write about, the hollandaise sauce from my Eggs Benedict dripped onto my hand-sewn FF247 uniform. After having the chef flogged for serving such runny sauce it came to me: hollandaise, bacon, delicious food, naps, family, time off from work, football (both kinds for us yanks), presents, fat men in red suits… – holidays! Yes, let’s do a holiday article! And what better to do around the holidays than take stock of the year that was, make resolutions for the new year we...[Read More]

Analysing Manchester City Despite winning the league last season, with the most potent attack and the 2nd best defence in the division it perhaps comes as somewhat of a surprise to see that their players have to date not proved more popular when it comes to selecting our initial FPL squads. Why is this the case? Unfortunately we don’t have the answer to this particular question, but obviously there are a number of mitigating factors, such as the late return of a number of their players following the World Cup, their difficult start to the season as well as a number of additions to the squad which will inevitably lead to more rotation. With all of this in mind, our resident City expert Tekno-Kun has taken an in depth look at the City squad.