Welcome to Fantasy Football Captain Picks Gameweek 12. Some weeks, the Captaincy article feels rather moot, this week is not one of those weeks. For the most part, many of us simply bounce our armband between Liverpool and Manchester City players, sometimes it works (Sterling GW10 – 11pts), sometimes it doesn’t (Sterling GW11 – 1 pt). With the league leaders facing the Champions in GW12, this feels like as good a week as any to step away from the routine. So, read on for who I think will be the players who’ll most likely reward your sense of adventure in GW12. 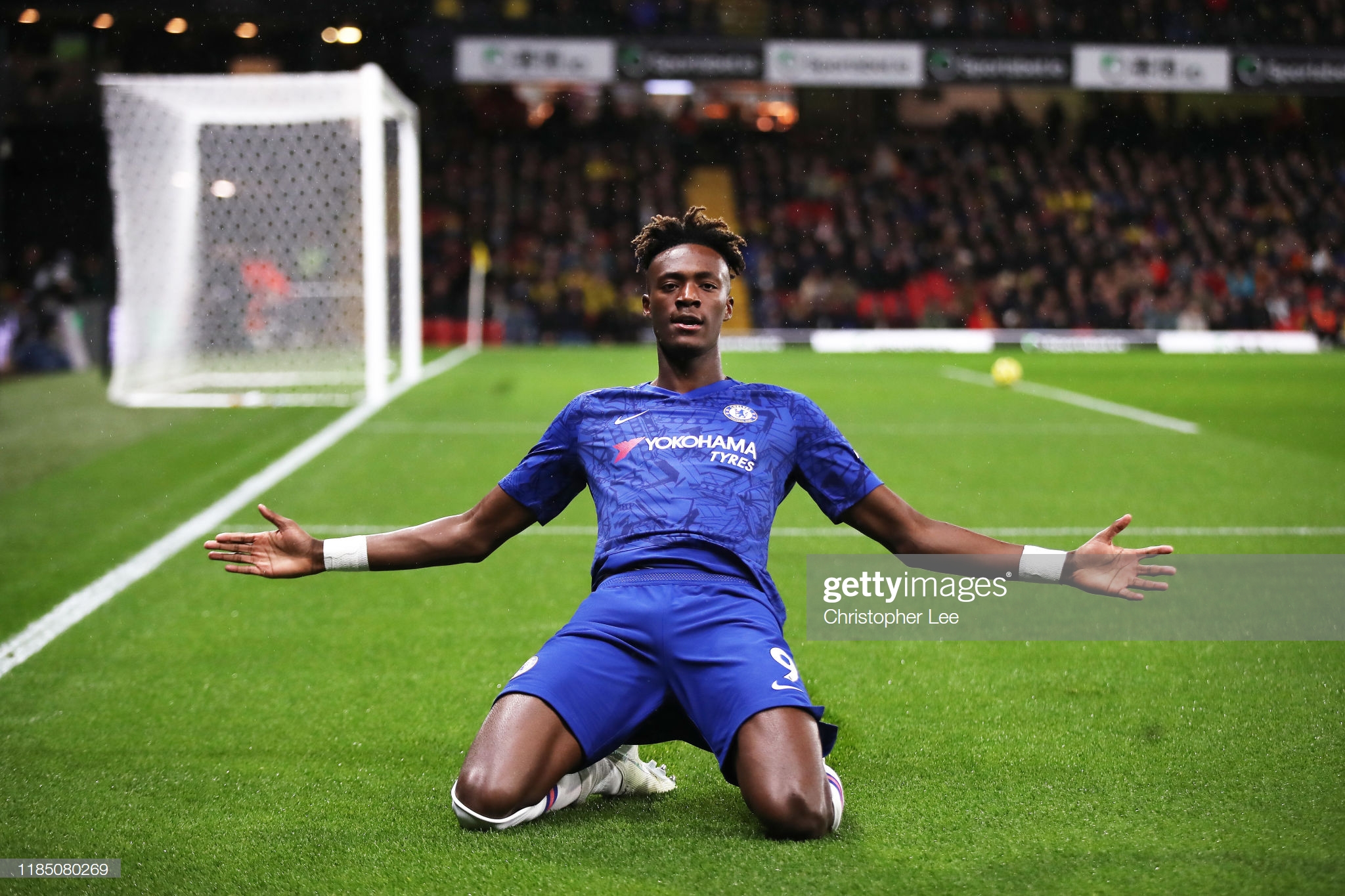 A goal and an assist in the 1-2 win over bottom of the table Watford in GW11 takes Tammy to 9 goals for the season, level with Sergio Aguero and second by just a solitary goal to the game’s top point scorer Jamie Vardy. When the season began, many were hesitant to pick a Chelsea forward with uncertainly over who would actually start week-in week-out for the Blues. 11 game-weeks in and there is no doubt who the main man is. A £7.0m starting price was a gift and that gift has kept on giving. Tammy is the fourth highest point scorer (73pts) and is now the highest owned player in the game (47.4% and rising).

This week he faces a Palace side yet to keep a clean sheet away from Selhurst Park, conceding 9 times in their 5 fixtures. The one caveat to Tammy’s allure is that like his team, Tammy performs better away. Chelsea have scored 18 times on the road this season compared to just 7 at Stamford bridge, and of the 9 goals Tammy has scored, Only 2 have come at home. 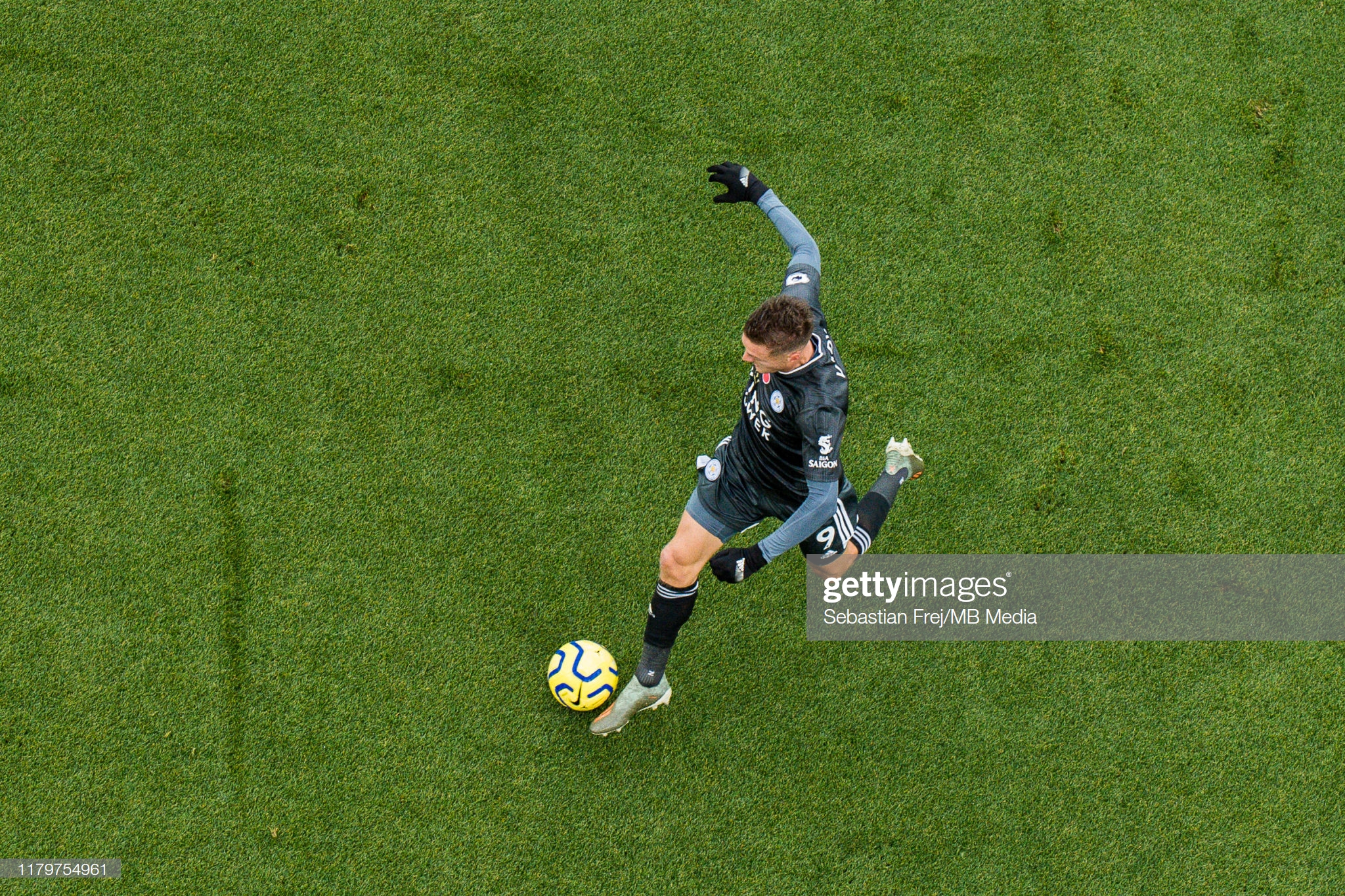 The Vardy party is well and truly on and doesn’t look like ending any time soon. Another goal in Leicester’s 0-2 win over Palace at the weekend takes Jamie Vardy to the top of the goal scorers table (10), he’s now the highest-scoring player in FPL (80pts) and this week faces an Arsenal side who have kept just a single clean sheet in their 5 fixtures away from the Emirates this season.

After his 24 goals in Leicester’s title-winning season, many feared Vardy was regressing to what they believed was a more realistic representation of his ability with ‘just’ 13 goals in the following season. However, since Brendan Rogers took over at the King Power, Vardy has proved the doubters wrong. Indeed, no other Premier League player has scored more than Vardy (19) in that period. At 32, Vardy shows no signs of slowing down – literally. Match data shows Vardy is now faster than he was in 2015 – yikes. Leicester like to play a fast, aggressive game, that suits Vardy’s style of play and I expect he will continue to prove that xG data means nothing compared to the ability to be in the right place at the right time. 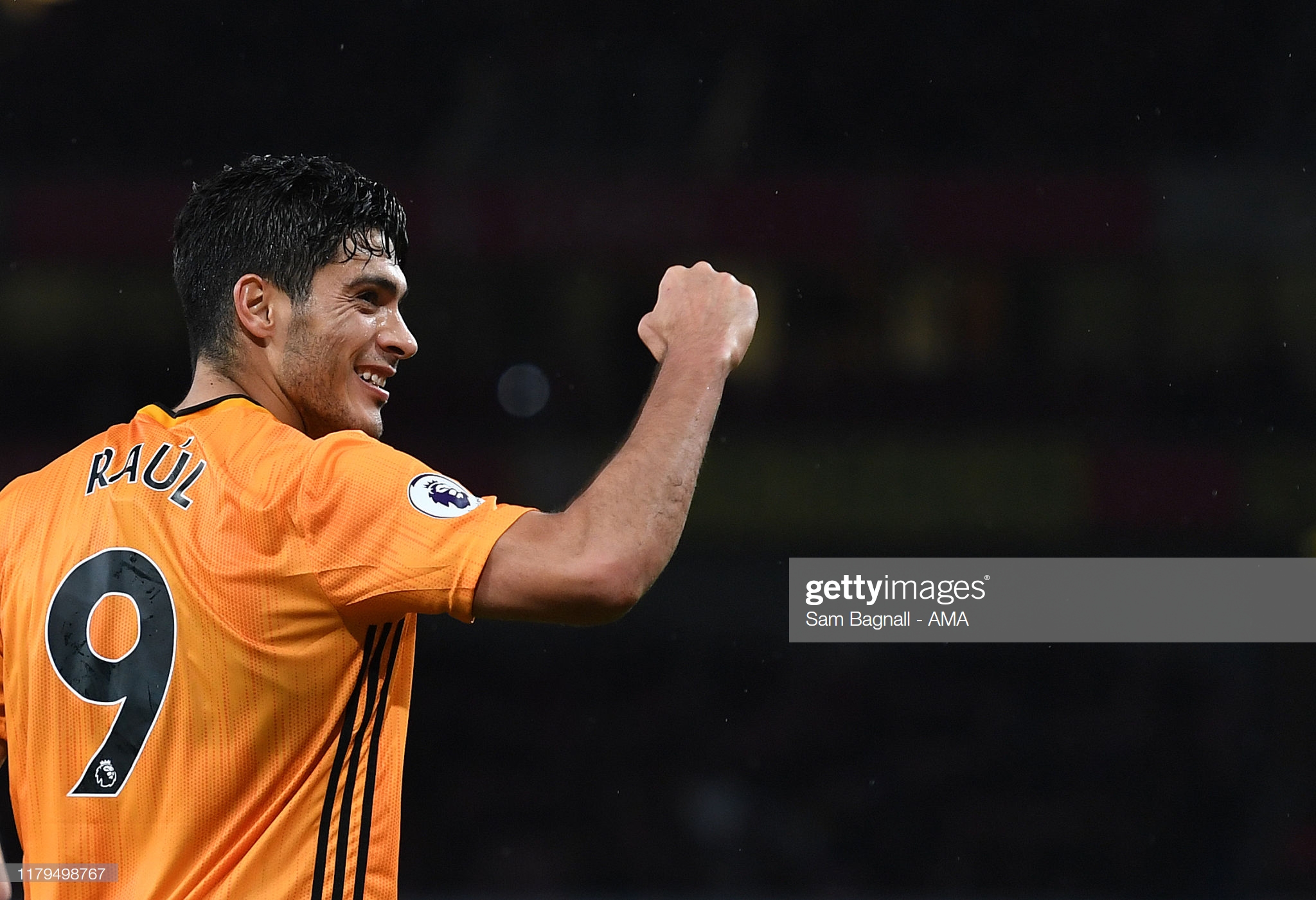 It was always going to be difficult to follow up his debut Premier League season, but in recent weeks Raúl Jiménez is once again reminding us that even at £7.2m he should not be ignored. His goal at the weekend means he now has 2 in his last 3 games and this week he faces a Villa a side who have lost 4 of their 5 away fixtures and are yet to keep a clean-sheet. With players like the aforementioned Jamie Vardy stealing the headlines it’s worth a look at the underlying stats to see how Jiménez has performed in recent weeks. Over the last 4 fixtures, Neal Maupay and Jesus are the only forwards to have had more than Jiménez’s 13 goal attempts, and only Roberto Firmino and Marcus Rashford have created more chances than the 6 Jiménez has recorded in the same period. No team has conceded more shots away from home than the Villians (121) and it would be no surprise to see Jiménez add to his goal tally this coming game-week. 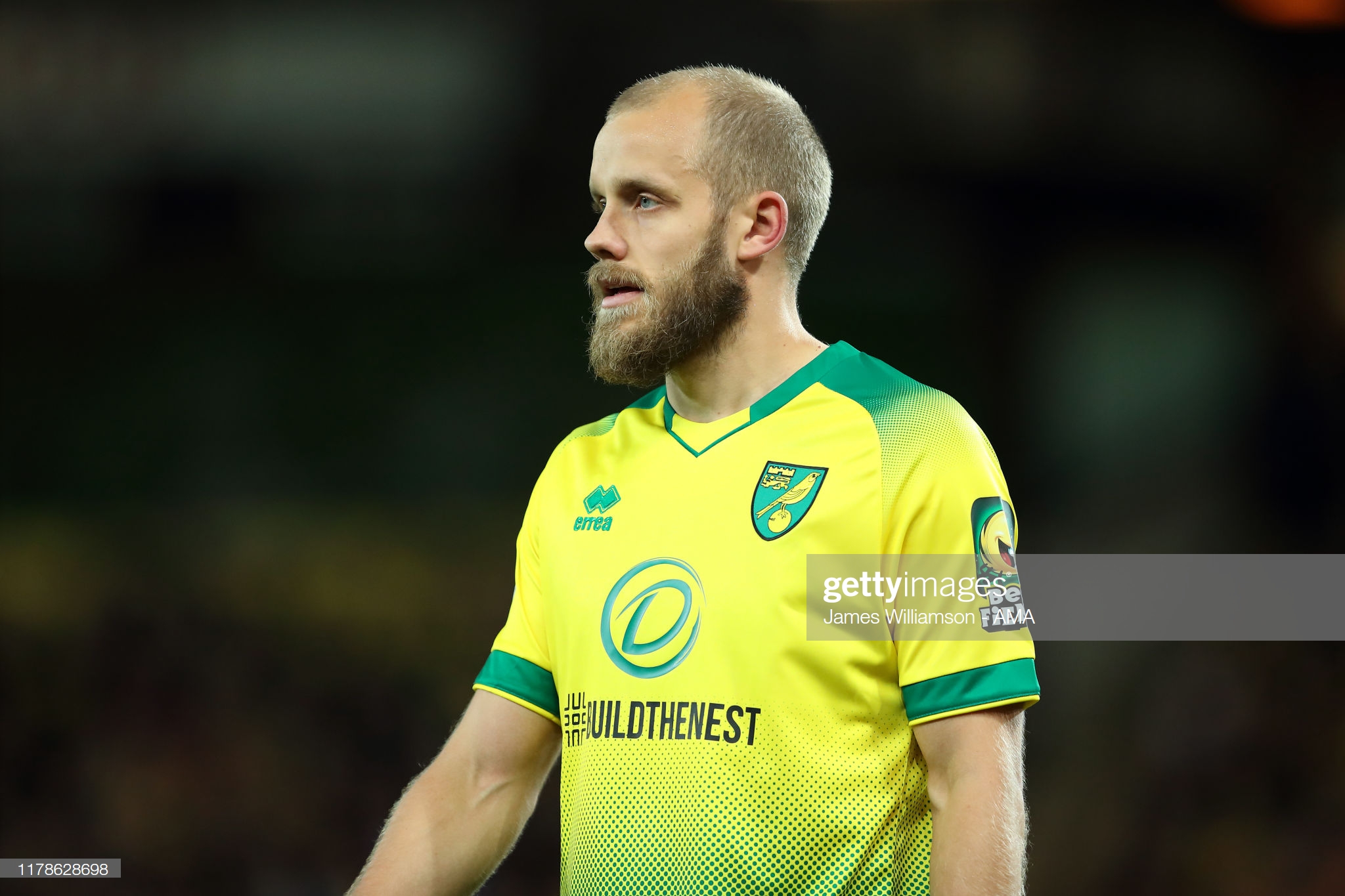 “Just when I thought I was out, they pull me back in.”

It was all going so well, 6 goals in his first 5 matches, goals against Liverpool and City, Teemu looked the real deal, and then he didn’t. In fairness to Pukki, his regression has more to do with his team’s ability (or lack thereof) not to mention an injury crisis that highlighted their severe lack of strength in depth. Pukki has blanked in his last 6 game-weeks, and despite being sold in droves, he is still owned by a rank damaging 25.5% (those dead teams have a lot to answer for). So why is he here? Well partly to make up the numbers, but mainly due to the opposition, because whilst Norwich are pretty bad, Watford are worse (marginally). A look at the stats shows that only Newcastle (sob) have conceded more than the 13 goals shipped by Watford on their travels this season, the Hornets yet to keep a clean sheet in their 5 fixtures away from Vicarage Road. As the Godfather part 3 quote that serves as the intro to this paragraph suggests, it may be time to head back to the Pukki Party – they have some decent fixtures coming up don’t you know!

Thanks once again for having me, may you be blessed with much greenness of arrows.

Thanks for reading Fantasy Football Captain Picks Gameweek 12 This article was written by Rosco. 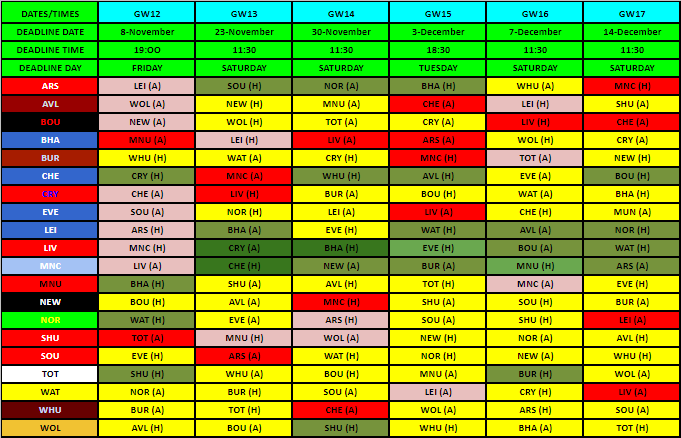