In terms of ‘success’ (so far) AT is winning with his Vardy pick on 22 Captain points, despite him not even starting his game. Smash is 2nd with Salah and his return of 18. GP is stranded in (joint) 3rd with 4 points after Jimenez blanked against Brighton. Jamesimmo will be hoping PEA can improve his current 4 in the second game and DMC is currently yet to get off the mark with KDB nursing his back complaint. 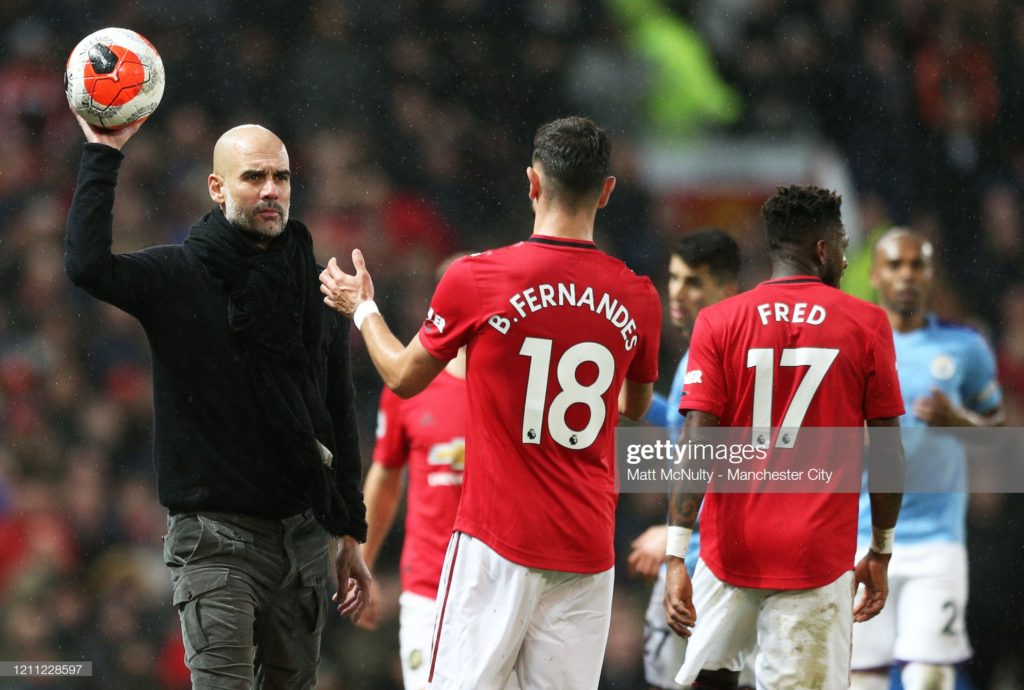 Despite what some United fans will have you believe; Bruno Fernandes is not the second coming. He is, however, a damn fine footballer and has almost singlehandedly saved their season. Since his arrival at Old Trafford, United are unbeaten in the league with three wins and two draws. I haven’t looked back at their results over the course of the season but I doubt you’ll find a better string of results.

From an FPL point of view Fernandes has two goals, three assists and six bonus points in the five games he’s played. If we look at his stats over the past four game-weeks, we’ll see that his returns are no fluke. He is tied with James Maddison for chances created (11). He clearly does his best work outside of the box as he’s only had 10 touches in the opposition area, joint 27th. However, this hasn’t stopped him having 14 goal attempts, a figure only bettered by Richarlison. Four of these attempts have hit the target, joint 7th.

The mood around Old Trafford has clearly improved and the free flowing football United were once known for is slowly returning. They’ve scored eight over the past four game-weeks, a tally matched by just Arsenal & Chelsea. And what of Spurs? Oh, they’re a shambles and Jose is in full on ‘blame everyone else’ mode. Over the past four game-weeks, they’ve failed to keep a clean sheet and have conceded eight goals in that period. In fact, over the course of the season they have kept just four clean sheets, which along with Villa & Bournemouth is the worst record in the league.

Spurs are currently besieged by injuries and I expect United to win comfortably on Sunday and Fernandes will be central to everything they do.

I should point out that I don’t own Fernandes and hence I won’t be captaining him. However, if I did own the Portuguese international I certainly wouldn’t hesitate in handing him the armband. 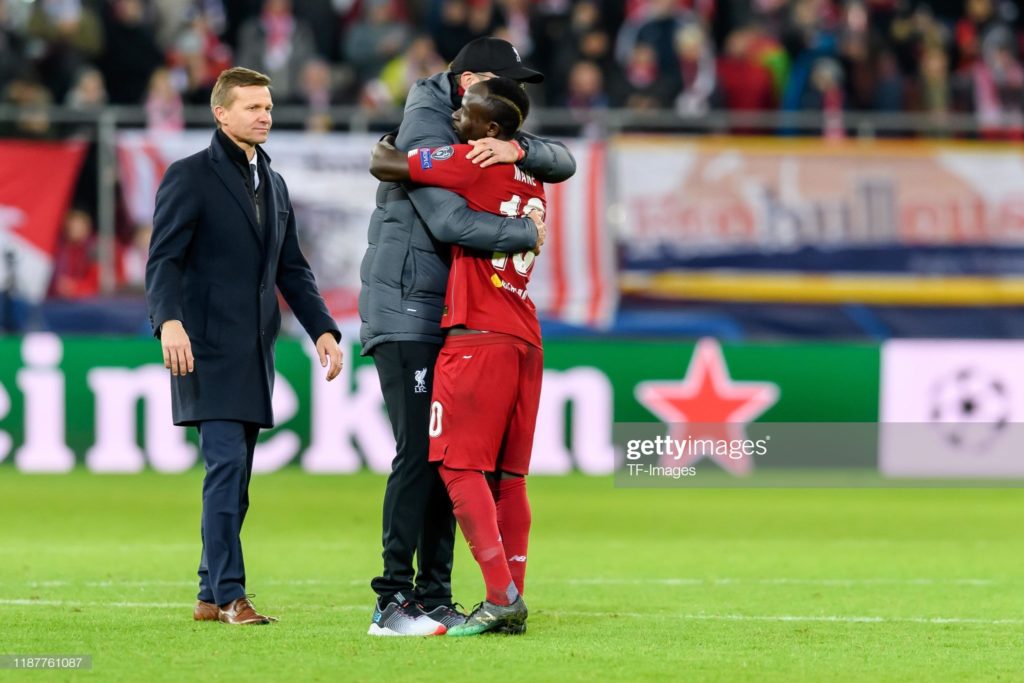 This weekend sees the 219th Merseyside Derby, with Liverpool needing just 2 more wins to secure their first Premier League title. They could take their first league title in 30 years without even kicking a ball. Manchester City has 2 fixtures before Liverpool’s trip to Goodison on Monday, and whilst it seems unlikely the Citizens will fail to pick up points in home fixtures against Arsenal and Burnley, recent results have shown that anything can happen.

From an FPL perspective, it will certainly be favourable if the title is not done and dusted come Monday night, however, it’s with a certain amount of trepidation that I suggest giving your Captain’s armband to a Liverpool player given the distinct lack of goals in Liverpool’s recent trips across to Goodison. Their last two meetings on the Toffee’s turf have resulted in goalless draws, you would have to go back to 2013 for the last time this fixture produced more than a goal for either side. I feel like I’m talking myself out of this pick, however, I only need to look at the 4-0 humping that Everton took down at Stamford Bridge in GW29 to remind myself that past results do not always dictate the present.

What else can I write about Sadio Mané that has not been said before? The Senegalese frontman grabbed a goal and assist (and all 3 bonus points) as Liverpool came back from a goal down at home to Bournemouth in GW29, taking his total to 28pts since returning from injury, 8pts more than Salah over the same period incidentally. Whilst the underlying stats heavily favour Salah, it’s another case of passing ‘The Eye test’, and anyone who watched the win over the Cherries will have noted that Mané looks lethal. It’s a difficult proposition to try and dissuade anyone currently favouring Salah with their armband, especially given the Egyptian’s superior ownership (43.7 vs 24.7%) but for me, it’s a risk certainly worth the potential reward. YNWA, come on you Reds and all that. 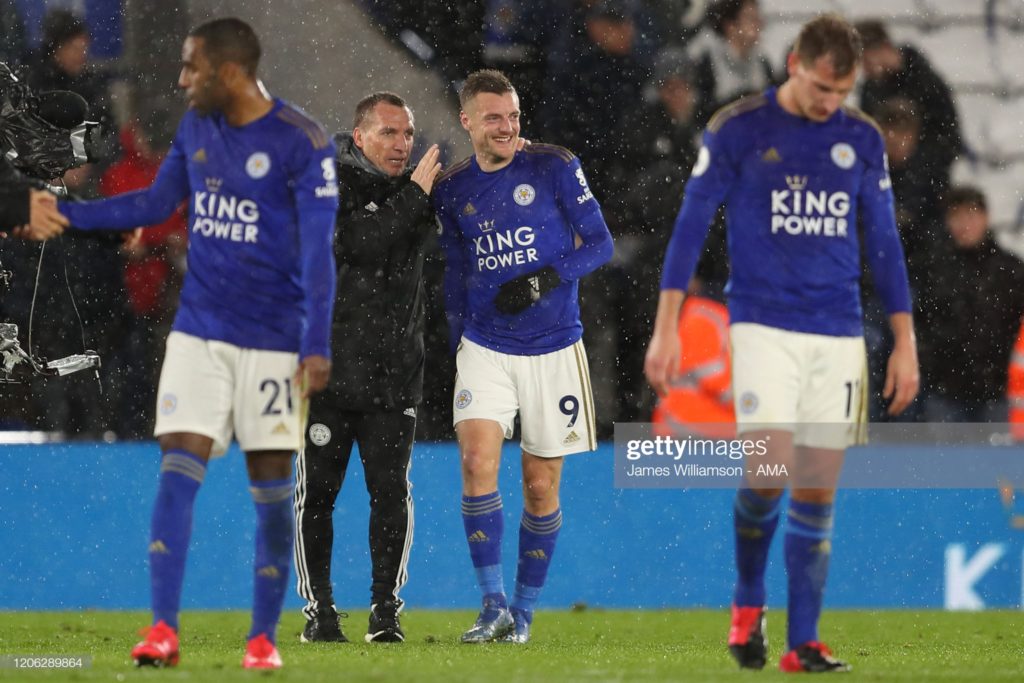 And then he scored four… in his last four games against the Hornets!
Jamie Vardy is the top goal scorer in the league with 19 goals. He’s currently in 4th in FPL terms only 19 points adrift from leader Mo Salah. Unlike the Egyptian King though our friend Vardy has been in poor form. Whether it’s missing matches altogether to injury (three of those, to be accurate) or just simply putting in out of form appearances – including a penalty miss – he scored a meagre 12 (!) pts between GWs 20 and 28.

In that period, Leicester City had a blip in form too winning 3, drawing 2 and losing 4 which helps to explain Vardy’s under par performances. However, it all changed for the better this last gameweek. The team as a whole looked sharp in all sectors with Harvey Barnes leading proceedings. Now I know they don’t play Aston Villa every week and Watford at Vicarage Road should of course present a sterner test but Vardy looked very good during all the 30 minutes he was on the pitch, most notably on that second goal reacting very quickly to the rebound coming from his own back pass. And when in form he’s fixture proof as he has showed time and time again so the fixture wouldn’t put me out.

Not yet convinced? Well, he’s no Ilicic, but he does have an eye for goal and that is all you need to know to trust him the armband this week.

Thanks for reading Fantasy Football Captain Picks Gameweek 30. This article was written by
Init, Kop, Rosco and DMC. 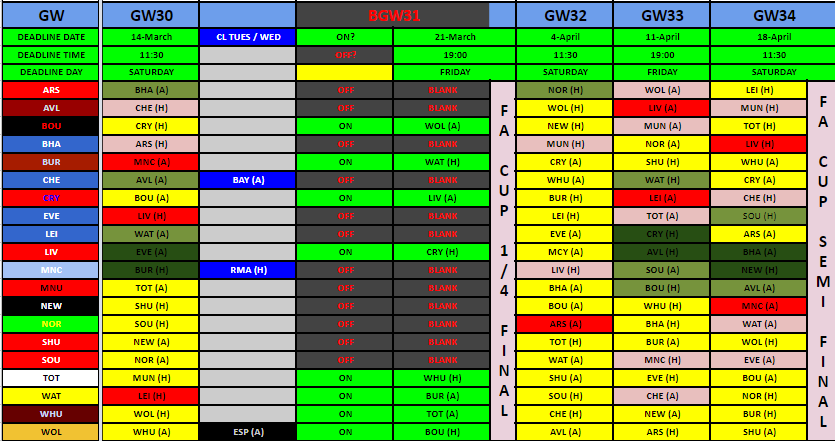