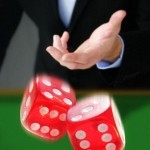 Of course with so few fixtures in GW29 and a big DGW coming up very soon, managers are torn between fielding a full team this week and making preparations for DGW31. With that in mind, this week’s Tips article will focus on GW29 alone. Preparations for the double can take a back seat for now! There will be some obvious picks below, the names that you would expect to see, but also some left-field suggestions that may act as budget ‘stocking fillers’ on a one or two week basis. Don’t forget that Man Utd are the only team to both play in GW29 and have a double in GW31, so I have included some United players, despite their horrible form! Let’s get going…

No better place to start than with the keeper’s and Chelsea’s Petr Cech is the obvious, but expensive option. The Czech keeper (see what I did there?) is second only to Wojciech Szczesny in the keeper charts and expect those positions to be reversed over the next few weeks as Chelsea power into the back end of the season while Arsenal continue to stumble and of course have FA Cup commitments. Twelve clean sheets for Chelsea has proved Jose Mourinho’s determination to being back to ‘the old Chelsea’ – tough to beat and nicking the winner at the other end. With Spurs seeming to struggle to score and having an horrendous league record at Stamford Bridge, another shutout for the Chelsea backline seems a fairly solid bet.

Of course, most managers’ budgets won’t stretch to spending 6.2mln on a keeper, so our other choice this week is Norwich’s John Ruddy. Despite conceding 4 at Villa last weekend, the Canaries at home are a different beast – they have not conceded in their last four matches at Carrow Road, which includes games against free scoring Man City and the enigmatic Spurs, so a visit from Stoke doesn’t appear to hold too many fears. Ruddy has outscored more high-profile names such as David de Gea, Simon Mignolet and Joe Hart this season and you would expect the Norwich defence to be as stubborn as ever at home.

As mentioned above we’d expect Chelsea to keep it tight again this weekend, therefore defenders Branislav Ivanovic, John Terry, Gary Cahill and Cesar Azpilicueta should all be considered, but we’d expect the majority of FPL teams to already have at least one of those in their sides, so we won’t concentrate too much on them.

Patrice Evra is a strong choice for this weekend. West Brom are not the most prolific of scorers, seem to be free-falling towards the drop zone and although a visit of United is not as scary this least season as it has been in previous years, the Reds will still start the game as favourites and have indeed kept two clean sheets in their last two games. Evra is the one constant in the United defence this season and his attacking prowess has arguably been more impressive than his defending at times – five assists and a goal signifies that. He also has the benefit of a double game-week in a fortnight’s time, meaning getting him on board now may save you some cash.

Crystal Palace’s Joel Ward is our next selection in defence. An out-of-position player in FPL is invaluable and Ward fits into this category as he is utilised in midfield for the Eagles. Not that his attacking stats are brilliant – no goals and one assist this season doesn’t exactly shout “come buy me, buy me” but couple his midfield role with a defence that has been tightened up since Tony Pulis joined and you get a very useful fantasy asset for just 4.3mln. The visit of Southampton is a tough one to call, but bear in mind that Palace will have a DGW at some point, hence his recommendation here.

Young Calum Chambers of Southampton has really caught the eye this season and has displaced Nathan Clyne in the right-back spot, starting twelve of the last fourteen matches. Despite the Saints form dropping off of late, they still have some decent fixtures left this season and for 3.9mln he’s a great addition to your squad which allows you to spend big elsewhere.

Adam Lallana has been one of the standout performers of the Premier League so far this season – and while such lauded players as Steven Gerrard, Mesut Ozil and David Silva have taken many of the plaudits, our man Lallana has outscored them all. Seven goals, eight assists and an England call-up has made this a brilliant season for the dynamic midfield general and a visit to Crystal Palace may provide him with opportunities to add to this season’s tally – that’s if he can get past Joel Ward of course!!

Eden Hazard has rightly become one of the “must-haves” of the season and his stats don’t belie that adulation – twelve goals, ten assists and 22bps so far this term has made him Jose’s “go to man” when others such as Oscar have fallen by the wayside. Home to Spurs won’t be as straightforward as it was against Fulham or Newcastle, but even so, expect most of what Chelsea produce to go through the Belgian. He isn’t cheap at 11.1mln, but as Kop reminds you on a weekly basis, you get what you pay for…..well, unless we’re talking Torres of course, but there’s an exception to every rule.

Now don’t laugh at me with these two suggestions – they’re whacky, they’re unusual and they’ve been included for those of you unlucky enough to have Charlie Adam in your team – he’s been banned for three games, just in case you have been living under a rock. Firstly I give you Norwich’s Wes Hoolahan. Now, young Wes hasn’t had the best of seasons, plagued by injury and then handing in a transfer request in January after Aston Villa had a bid for him turned down. He played 90mins for the first time this season in last week’s defeat, ironically, at Villa, scoring the Canaries only goal. Clearly ex-manager Paul Lambert thinks a lot of the Republic of Ireland midfielder and with a home fixture against Stoke at the weekend, spending 4.8mln on Hoolahan may not be as silly as it sounds.

Secondly we go back to Crystal Palace. No, it’s not Tom Ince, who was hauled off at half-time at Swansea, its winger Yannick Bolasie. Stop laughing, this is serious. Bolasie was singled out for praise by Pulis as their one real threat on Sunday and now that the club has got Glenn Murray back to full fitness, the Congo winger now has a half-decent striker to aim for, rather than Marouane Chamakh. Not dirt cheap at 4.9mln, but just like Hoolahan, if you’re looking to play the fixtures for a week or two ahead of DGW31 and/or the playing of your wildcard, these two may just outscore some other better known players that you may be considering.

The old adage ‘form is temporary, class is permanent’ is the hope that most United fans are clinging onto right now. Unquestionably, this is true of RvP, who despite not hitting top gear since his return from injury, has still delivered four goals in five matches. If your budget stretches far enough to pay 13.6mln then van Persie is an ideal pick this week – away to West Brom and the Champions have, of course, had a blank GW28 where presumably they have trained well and managed to get some confidence back into the camp. Well, I can live in hope! It still remains true of course, that United get their fair share of penalties and the Dutch striker continues to take those. The RvP option may of course, only be realistic, for those either with a wildcard left to use and if that’s the case then we feel he may deliver the goods for you this weekend. United of course do have a double in GW31 and as he is far less owned than either Daniel Sturridge or Luis Suarez, so remarkably, we can still refer to RvP as a differential – too good an opportunity to pass up for those looking to make a last dash up the league over the last ten game-weeks?

If your budget doesn’t quite stretch to RvP, then maybe you’ll consider Wayne Rooney. Massive new contract in his back pocket, increased credit limit at Jacamo, a fresh set of hair extensions on their way, life is looking good for Wazza and as we know, the lad is a confidence player who tends to score in streaks when he gets going. Well maybe, just maybe his goal at Palace last time out was the start of one of these streaks, in which case 11.1mln doesn’t sound that expensive. United are, of course, the only club to play in GW29 and also have a double in GW31 so if your belief is that Moyes can turn around his boys then Rooney could be a cheeky alternative to many of your rivals.

Rickie Lambert or “Mr Consistent” has again delivered this season and presents great value at just 7.2mln. With matches against Palace and Norwich coming up, he is a great option leading into DGW31 – eight goals this season, seven assists, 17bps and on penalties for the Saints all speak for themselves. The only real concern is that Southampton are not in the best of form but it is hoped that the international week for many of their players will be a pleasant and refreshing change of scenery and give the likes of Lambert the reminder that there are World Cup places still up for grabs.

This last ‘Tip’ is a complete punt and is meant specifically for those who are either mad or looking to play the fixtures before playing their wildcard. Fraizer Campbell of Cardiff City. Let me explain my rationale before you laugh me off to cries of “you don’t know what you’re doing” or “sacked in the morning, you’re getting sacked in the morning”. Cardiff need wins…..badly. Draws aren’t enough. Last week at Tottenham, Solskjaer found a defensive system that worked for the majority of the time – this week at home to bottom of the table Fulham, he has to go for it. Goals, goals, goals are what is needed. And who better than the chap who has already scored the winner vs City at home this season. Mad I know. A long term punt ? No, not by any means. But for this week alone, maybe, just maybe, Fraizer Campbell can be your GW31 hero.

There are of course a load of others I could have mentioned this week, such as Julian Speroni, Tom Ince, Wilfried Zaha, Andre Schurrle, Juan Mata (ok that last one was a step too far). But whoever you choose, whatever your situation, make sure you chat on the boards and share what your plans are. You may have other suggestions for managers – please feel free to discuss away.

Thanks for reading Fantasy Football Tips; this article was written by Cookie