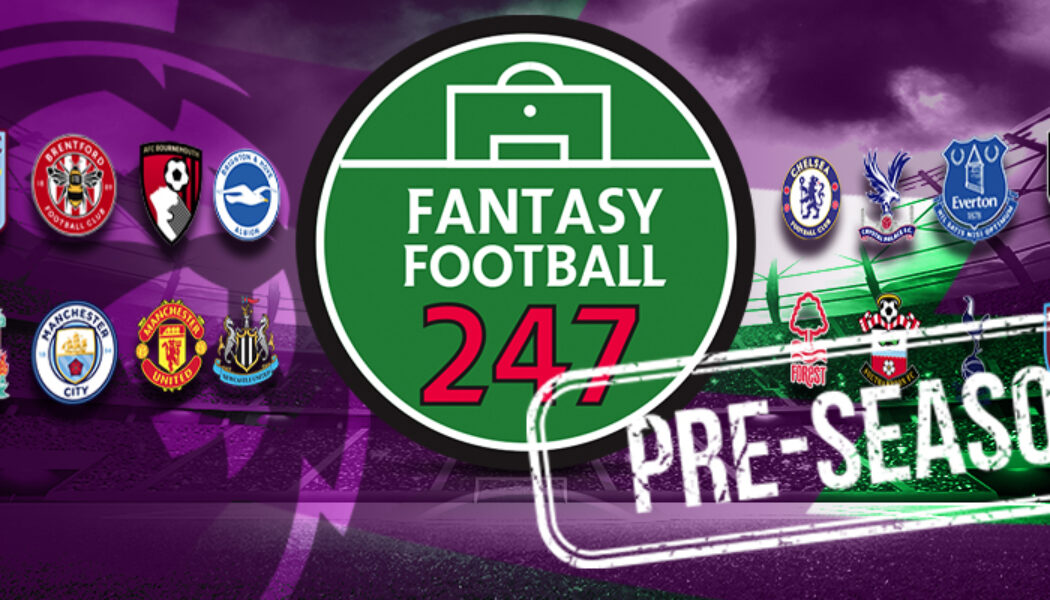 FF247 FPL Pre Season Hub 2022/23 Welcome to FF247 FPL Pre Season Hub 2022/23 In this season of a first ever winter World Cup, and hence an early start to the domestic football calendars across the European Continent, you could be forgiven for saying …. “What, Pre Season games? Already?” Last season only ‘ended’ 35 days ago domestically with the Champions League final in Paris. Still, Liverpool will be back in action a week on Tuesday against Manchester United in a friendly. In Thailand. When you factor in that most players then had to go represent their country in World Cup, African Nations Cup or Nations League matches, then there truly is no break these days. More FPL rotation than ever before, anyone? – that’s before you consider we now have 5 subs per team per game now. Ha! But we at F...[Read More]

UEFA Champions League Fantasy Football 2021/22 LIVERPOOL vs REAL MADRID FINAL – DEADLINE: SATURDAY 28th MAY 8pm UK One game left and we are done for the season once more. Ahead of this all you really need to know is the following: For THE FINAL (deadline is 8pm on Saturday 28th May) you get another 5 free transfers. For this final round you can have a maximum of 8 players from each club. And that is literally it. For those who have been with us on this journey throughout we thank you massively as this is always one of our favourite distractions throughout the season, and in many ways it is actually a more enjoyable and interactive game than FPL itself! For anyone who hasn’t bothered yet we would encourage you to take part next season. The Regulars League Top 16… League Up...[Read More]

Reading can rebuild after narrowly avoiding the drop

Reading can rebuild after narrowly avoiding the drop It’s been a strange year for Reading fans in the Championship. Next season will mark a decade since they were last relegated from the Premier League and in all honesty, they’ve never really convinced anyone that they could genuinely orchestrate a plot back to the top flight, condemned to Championship mediocrity after another underwhelming season. In a way, Reading fans would have craved their usual nine months treading water in mid-table after this year almost saw them relegated to League One. The Royals had flattered to deceive at the start of the campaign, failing to replace Michael Olise, who joined Crystal Palace in what look to be a steal now, but while the Berkshire outfit were far from promotion favourites in the football odds tod...[Read More]

Fantasy Football Tips DGW36 Welcome to Fantasy Football Tips DGW36 We, ladies and gentlemen, are at the business end of the season! We head into the next gameweek and it’s a big ‘un. A double gameweek for nearly everyone and we only have three to go including this one so as I introduce to you a run down of the fancied players per position from our brilliant band of writers, I forewarn you to ensure you have a plan in place for your remaining chips. Remember, you can use only one a week and time is running out. Let’s go find out who are the sure-fire point winners, the differentials and the best bets amongst the dark horses. Goalkeepers – by Smash Kasper Schmeichel (4.9) Leicester City ‘keeper Kasper Schmeichel (4.9m) is the only safe route into Brendan Rodgers...[Read More] 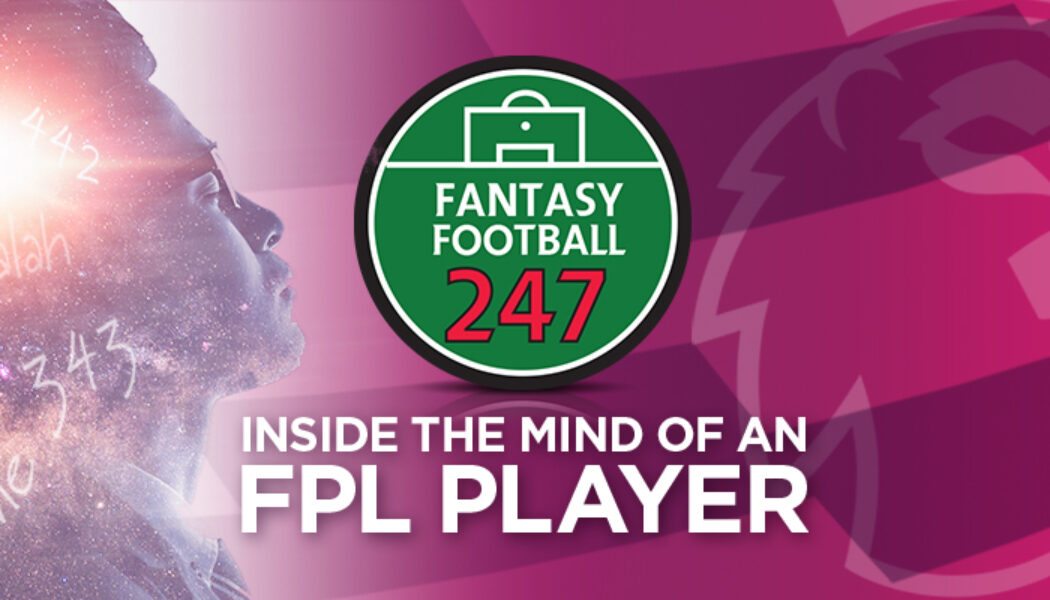 Fantasy Football Inside The Mind Of An FPL Player Gameweek 33

Fantasy Football Inside The Mind Of An FPL Player Gameweek 33 Once more we delve into the personal lives FPL minds of our wonderful team of writers… So, what exactly is this all about? Well, in essence, you should know by now, quite frankly! With a DGW looming we have looked to a few of our older hands to tell us what their plans are, which is especially helpful given that they all have different Chips left to use and so therefore different stategies to consider. SWIRLY – TEAM LINK GW32 points: 60 Total Points: 2010 Overall Rank: 242,986 Rank Change: Red arrow – 6k Free transfers: 1 Money In the bank: £0.4m Chips: Just the bench boost left! GW32 Review The good: My captain returned! Good old Harry Kane. This season, it’s always been a gamble to take the armband anyw...[Read More]

Fantasy Football Tips Gameweek 31 Welcome to Fantasy Football Tips Gameweek 31 Goalkeepers Nick Pope at 5.4 is my top pick here. Burnley play City (A) and Everton (H) in GW31, they travel to Norwich in GW32 and then have another double in GW33 with West Ham away and Saints at home. They even have another double GW to reschedule. There could be some clean sheets here but there should also be plenty of saves and Pope is a magnet for those bonus points. Kasper Schmeichel (4.8) is the most nailed Leicester defensive asset. The defence is now pretty much all fully fit with Evans, Fofana, Castagne and Justin all returning to training so it might suddenly prove difficult to pick a Leicester defender so why not just go with the keeper. Two clean sheets in their last four games and with Evans and F...[Read More] 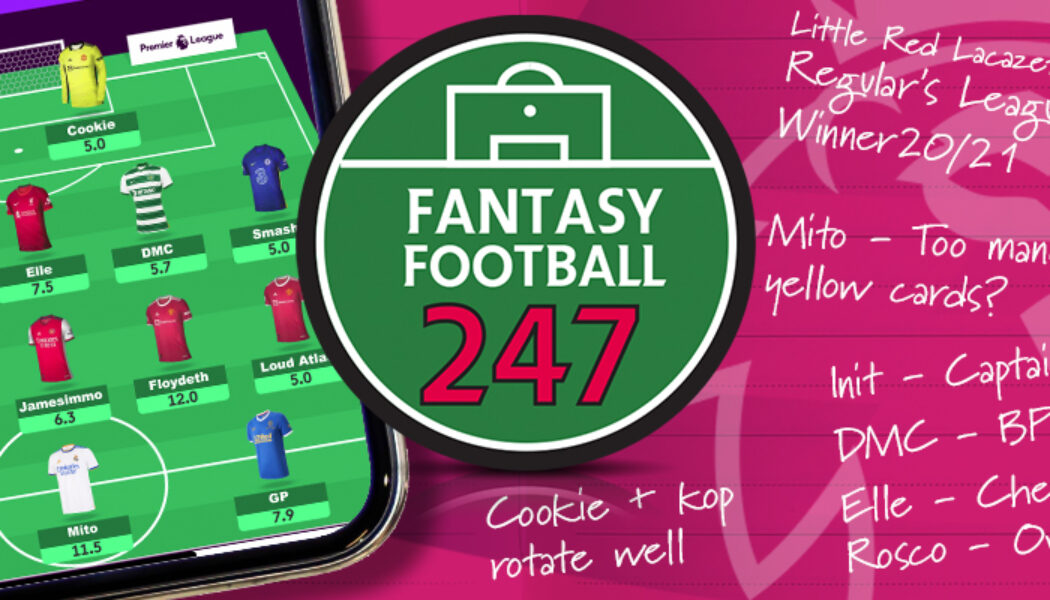 FF247 Site Team & Predicted Line Ups Gameweek 28 Cast your minds back to last week if you can and you will remember that we played our first chip of the season (not counting the first wildcard) by utilising our Free Hit chip to set our team up for the double gameweek. The headline is we scored 62 points which was 22 points above the weekly average which was, to all intents and purposes, a very good score. However as usual, when you drill a little deeper, your eyes are inevitably drawn to the captain and 6 points from a striker who played two games is a poor return so we say thanks to Wout Weghorst (6) – probably your first and last time carrying our armband mate. But cheers! His fellow strikers were Armand Broja (2) and Harry Kane (11) – who was up against an embarrassingl...[Read More]

Fantasy Football Inside The Mind Of An FPL Player Gameweek 28

Fantasy Football Inside The Mind Of An FPL Player Gameweek 28 We asked our team of writers to provide us with an article looking at their plans ahead, and quite frankly we were met with a stony silence! Which just about sums up the current predicament / mindset of many an FPL player. It’s just so hard to judge or fathom at the moment. Even as we speak, we sort of know what the next couple of DGW’s look like, but we are still being ‘threatened’ with a Chelsea DGW in 28, which would perhaps throw another spanner in the works(?)* *checks to see if you get points for chances missed… they’d be gold. Just as we were about to walk away with our tail between our legs one lone hero emerged from the darkness. He had a big ‘X’ on his chest. So we shot a...[Read More]

Fantasy Football Tips Gameweek 26 Welcome to Fantasy Football Tips Gameweek 26 Another midweek fixture means yet another small opportunity for us to come and speak to you about FPL. By way of explanation we have decided that a Captains article isn’t really worth our breath this week as surely only the brave will be plonking that anywhere other than on Salah this week. The only real debate there is whether it accompanied by the TC chip. And most will probably do that too. Instead we have decided to bring you a Player Tips article with a view to DGW26 only. No long term planning in this one, just a simple look at what’s immediately in front on us. Usual format, split by position, and brought to you by Matt, Loud Atlas and Init. Goalkeepers and Defenders I’ll start with the most obvious and l...[Read More]

Fantasy Football Tips Gameweek 24 Welcome to Fantasy Football Tips Gameweek 24. We’re in the midst of the longest most boring game week in living memory. It’s only natural we turn our attention to the plethora of potential double-gameweeks on the horizon, fixture swings and for those who still have them (i.e. not me) Wildcards. I’ve pulled together a comprehensive list of players I think are worthy of your consideration and tried my damnedest to make a solid case for each and every one of them. Let’s get into it eh? Keepers The Man Utd defence may not be what it once was (5 clean sheets this season) but thankfully for their truthfully challenged manager, Dave saves. Dave de Gea (£5.2m) has made more saves (83) than any other keeper – if he keeps a clean sheet he could also hit ...[Read More]

How does Kulusevski compare with Moura?

Tottenham Hotspur had a pretty descent outing in the market last winter. While three players were traded, two fresh purchases were made with odds from online casino covering them.. Dele Alli, Giovani Lo Celso and Tanguy Ndombele departed albeit only the Englishman left on a permanent deal. Dejan Kulusevski and Rodrigo Bentancur reunite in North London after years in Turin. Although not regulars in Max Allegri’s Juventus squad,the pair are important additions to the squad. Kulusevski (21) and Bentancur (24) are on the young side and have extremely high work-rates. Additionally, Spurs are adding two players with big game experience who have played roles in winning leagues, cups and Champions League games. Of the pair, the Swede is expected to make an instant impact and all things being equal...[Read More]

AFCON: Why Mane’s Senegal will beat Salah’s Egypt before GW24

AFCON: Why Mane’s Senegal will beat Salah’s Egypt before GW24 Two of Africa’s biggest footballers will clash this weekend in the final of the continent’s grand showpiece. All eyes will be on Sadio Mane (£11.7m) and Mohamed Salah (£12.7m) when Senegal and Egypt battle for the Africa Cup of Nations title. The final takes place four days before Liverpool’s Gameweek 24 fixture against Leicester City, potentially meaning the pair could feature for the Reds according to analysis carried out by https://www.kingjohnnie.info/en. But before that, Salah and Mane will be on different sides. Senegal were the first to reach Yaoundé. Mane had a memorable showing against Burkina Faso with a goal and two assists. Abdou Diallo and Idrissa Gueye were also on target. “It shows you the momentum we have,&...[Read More]