A word to the wise

KdB was duty bound to haul in a City descrution of Brighton. Kane and Son likewise against an unprepared Fulham. A clean-sheet for the former’s team was also a given. A Newcastle cleanie plus some Wilson goals against a hapless Sheffield United was a forgone conclusion. Bruno and United would make light of Burnley and it was only a matter of time until we saw his weekly penalty shuffle.

And then we all skip happily along to DGW19 with a raft of teams to choose from, we’re all in fine fettle though because we’ve been planning ahead for it for weeks now, safe in the knowledge that even tertiary teams such as Southampton, Leeds and Villa have a double game-week. Villa is a case in point as they did, then they didn’t and now they (may) have again, but with different opposition. Maybe.

Errrrmmmm… Huh… Possibly the season so far in a nutshell.

To plan for performances and be failed is one thing, we are all well used to that. To plan for fixtures and be failed is another thing altogether. It does bring into focus whether we all bother to plan at all though, right now. Or do we all just live for the next GW and come what may after that, as it seems certain that the recent examples will only be the tip of the iceberg in terms of games cancelled / re-arranged / brought back to life at the last minute? Even waiting until the deadline seems moot at the moment as we have seen games cancelled hours before their scheduled kick-off time. We don’t know the answer to any of that, we just thought we would throw it all out there as everyone is thinking it!

As for this past week we played our Free Hit and so of course we were caught out / disappointed with some of the above as hardly any of the obvious candidates delivered what was expected, or at least not to any great extent anyway.

That said, we did ok out of it. We ended up with 60 points, a season high GW rank of about 100k and an overall rank rise of just over half a million spots up to 1.2m. Still p*ss poor we know but that’s now three greenies in a row so let’s hope we can build on that momentum. 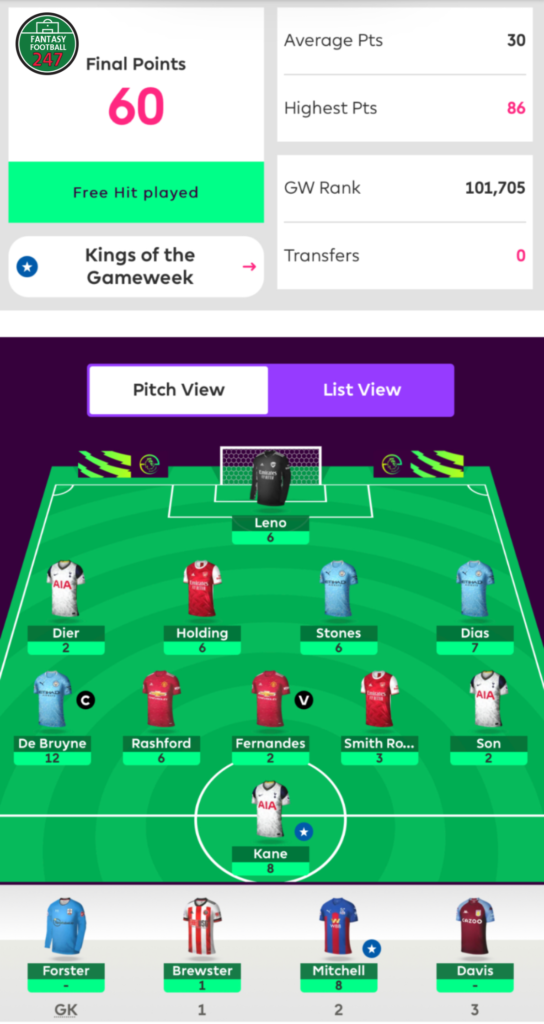 Let’s go see what was decided with one free transfer, 0.5m in the bank and a previously well planned team tearing its hair out, or at least what is left of it…

To put some perspective on the above our (originally) planned team would have had 8 DGWers and DCL (plus Kane and Bamford). Our new one has 6 minus DCL. Not a massive difference but definitely a difference.

Your writer here was predisposed with work so I let them loose on the team for once, and here’s the result…

To view the minutes of the meeting you would think we had lost half of our squad to Covid and the rest had been indicted as we had Wildcards flying about, people suggesting we play the Free Hit chip (again!) and Bench Boosts being suggested without a bench to play it with! I really do despair at times!

To cut a long story short some sense prevailed and the middle ground reached was that a hit or two for a few extra double GW players probably wouldn’t hurt this week as many will be compelled to do the same as a result of the carnage. A good day to bury bad news, as Jo Moore would have it.

The result was that Kilman, JWP and DCL faced the chop. Dias, Soucek and Antonio were ushered in.

We may have overcooked the turkey on this one as we have essentially ended up with a half-way house in terms of playing a Bench Boost or not. But that’s what happens when you leave the idiots alone to run the asylum for a few days! If nothing else we have a strong bench and there’s probably a lot to be said for one of those these days.

It was only really when it came to voting for the Captain that the elephant in the room was revealed. As we started to get votes for… KdB.

Transfer plans were almost revisited, as going into a DGW sans ‘he who shall no longer be mentioned’ was surely FPL suicide? In truth, we had a quick look and without losing someone like Kane, Bruno or Salah we probably couldn’t get him.

Anyway, back to the players who we do actually own… Salah was awarded a landslide victory. Bruno did likewise in the VC vote. 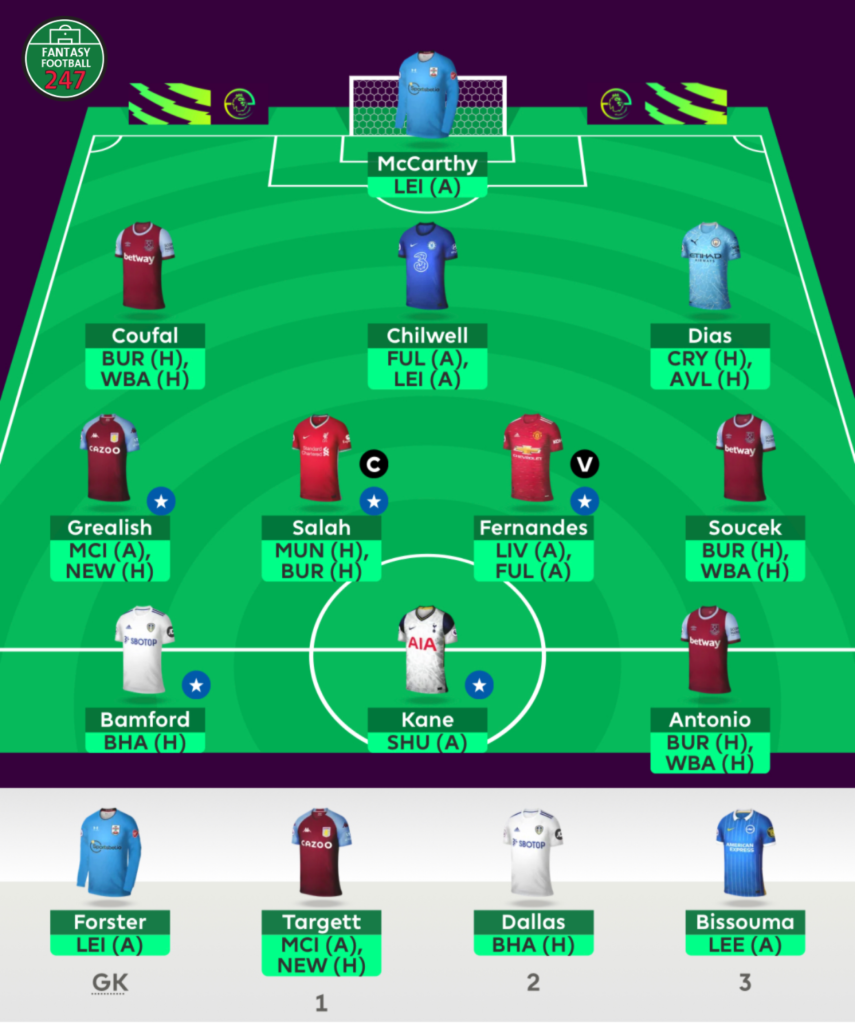 With no real time to write up an actual Capo article we simply asked our usual ‘Confessional’ victims for their DGW19 Capo pick, and here is what they came back with; 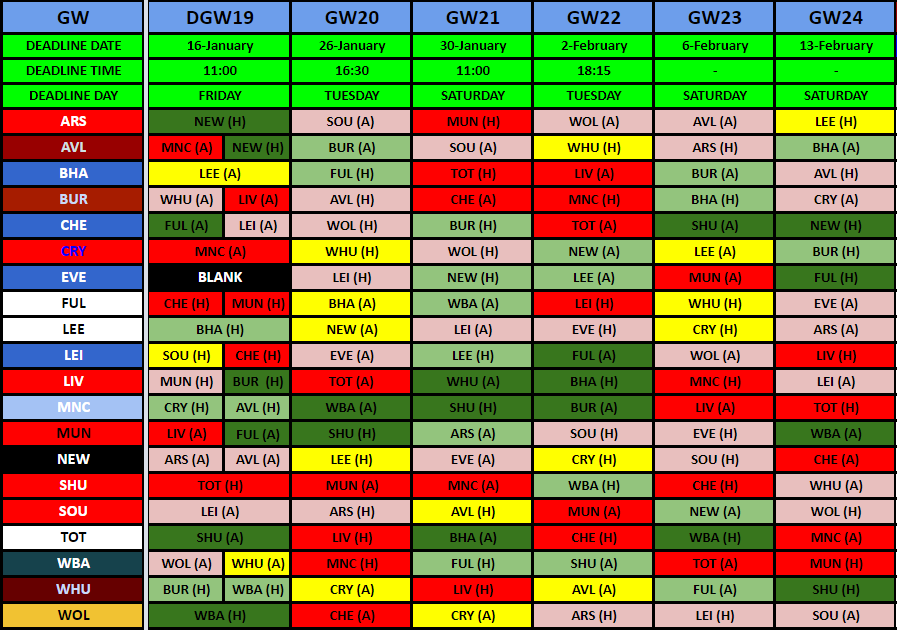