Our stuttering finish to the season continued with a 48pt return in GW34. However, given the overall average was just 39 we still managed a green arrow to take us to a rank of 267,151. With Azpi rested and Bruno, Jota and TAA playing ‘Spot the Glazer’ at the Lowry we achieved our score with just 10 players. Son was our highest scorer with a goal and assist, Watkins again chipped in with a goal and Na(C)ho’s assist was welcome, though we asked for more. Digne collected an assist and somehow 3bps, which was more than welcome. All the others were frankly a waste of space and with a bigger double treble for some!) gameweek to follow, some heads may roll. 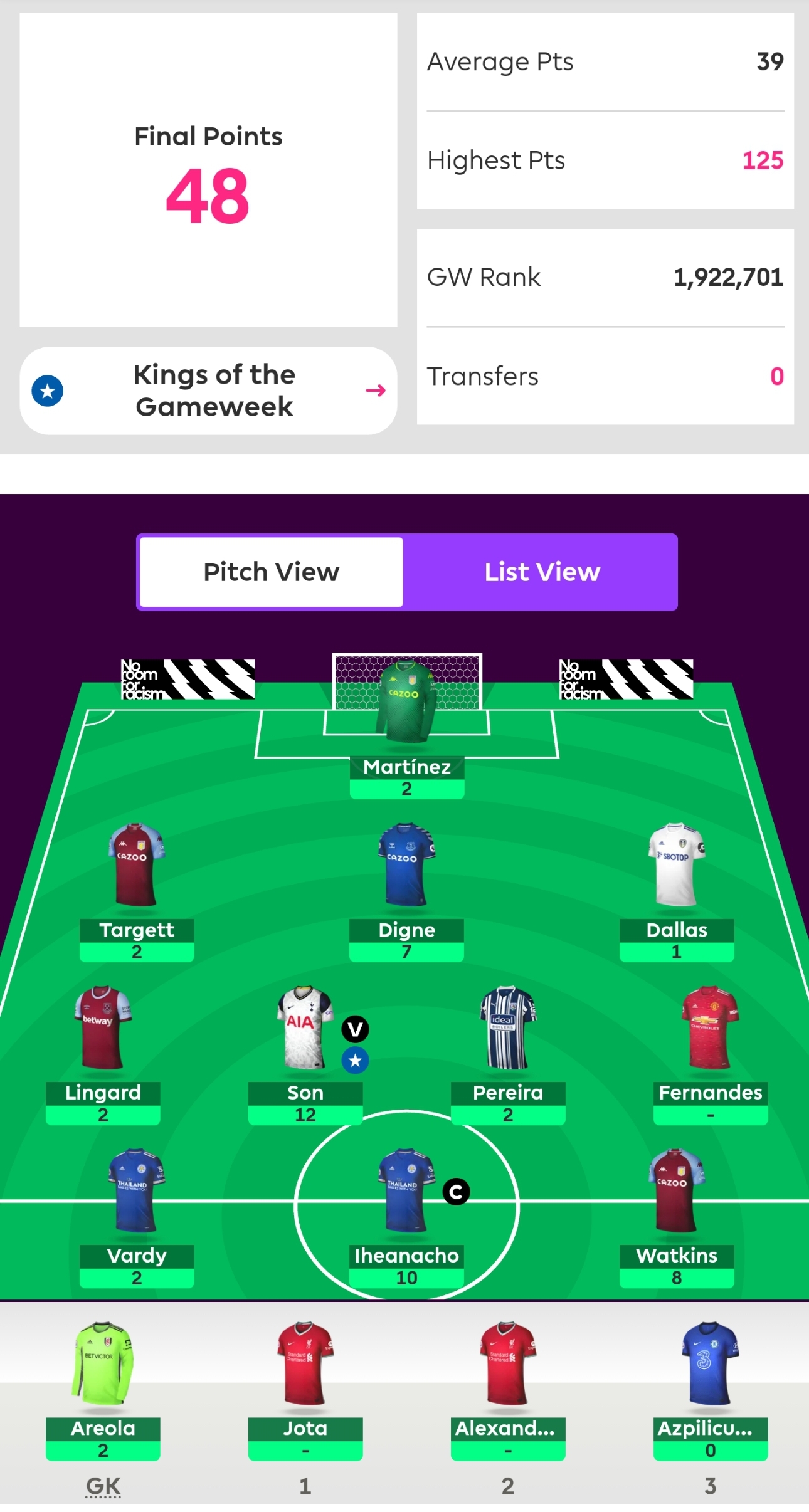 We’ve taken the plunge with a 4pt hit and are attacking the TGW! The free moves for Greenwood & DCL were immediately agreed – Pereira’s fixtures don’t get any easier while DCL (like Vardy) faces a DGW but then next week when Vardy blanks, DCL faces Sheffield United. We hope that Greenwood gets enough minutes and chances to justify the move. The clamour for Shaw was far from unanimous and was a late shout to attack United’s TGW. While Chelsea and Azpi have been consistently sound since Lamps was kicked out, Chelsea face City this week, blank next week and their fixtures after are not wow, while Shaw could well start all three matches for United this week and also faces Fulham and Wolves in the run-in.

To confirm then we have SOLD AZPILICUETA, PEREIRA & VARDY AND BOUGHT SHAW, GREENWOOD AND DOMINIC CALVERT-LEWIN

Our captain is, unsurprisingly Bruno. Should Bruno not appear for any of the three matches this week we would of course laugh our heads off while Iheanacho would step up and wear the armband. 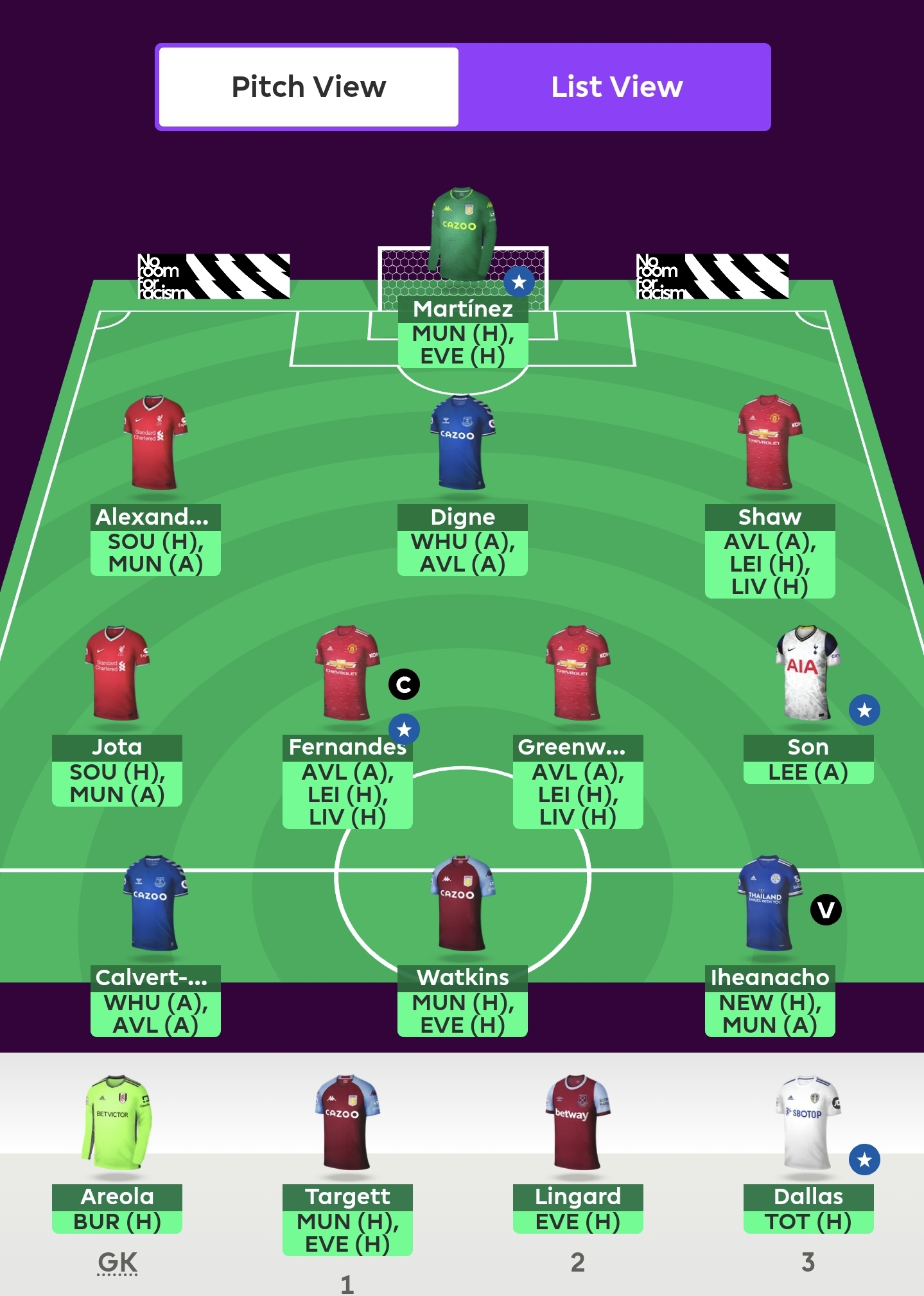 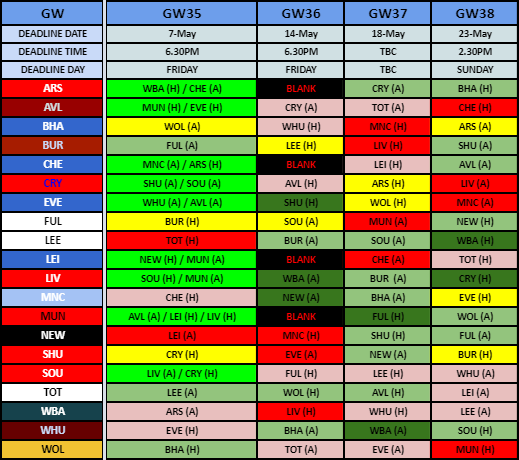