Oh cr@p, here comes Init, he doesn’t look too happy, and he seems to be carrying a cosh and a hood…

Enough, enough, enough! Some things you can sugar coat, other times you just need to lie down in a dark room for a few days. With a gag on…

When you find yourself with two transfers to spare sometimes it just becomes too tempting to resist. Had we resisted last week and simply used the one we would have been a darn sight better off. 17 points better off in fact. But we didn’t… and so we aren’t. Not that we shall dwell on this at all.

As it was we scored 48, 5 above the average. Not 65. Not that we shall dwell on that. It meant a green arrow and a jump of over 400k places up to somewhere around the 2m mark. Had we have got those extra 17 points we’d have gone up over 1m. But we won’t dwell on it.

As for the team itself we tossed a coin between McCarthy and Ryan and landed on the right side of the former’s clean sheet.

At the back Trent got us an assist and some bonus points, the rest may as well have not bothered turning up.

In midfield Havertz came home with an assist. Bruno got all sorts, most of it being after the game had finished! New signing KdB got nothing, and our armband was wasted as a result.

Up top Wilson scored a late penalty, which wasn’t a penalty, even Steve Bruce said so! Mitrovic did very little and Jimenez literally did nothing. Which was a bit of a problem as we sold Vardy for him! Not that we are dwelling on it. 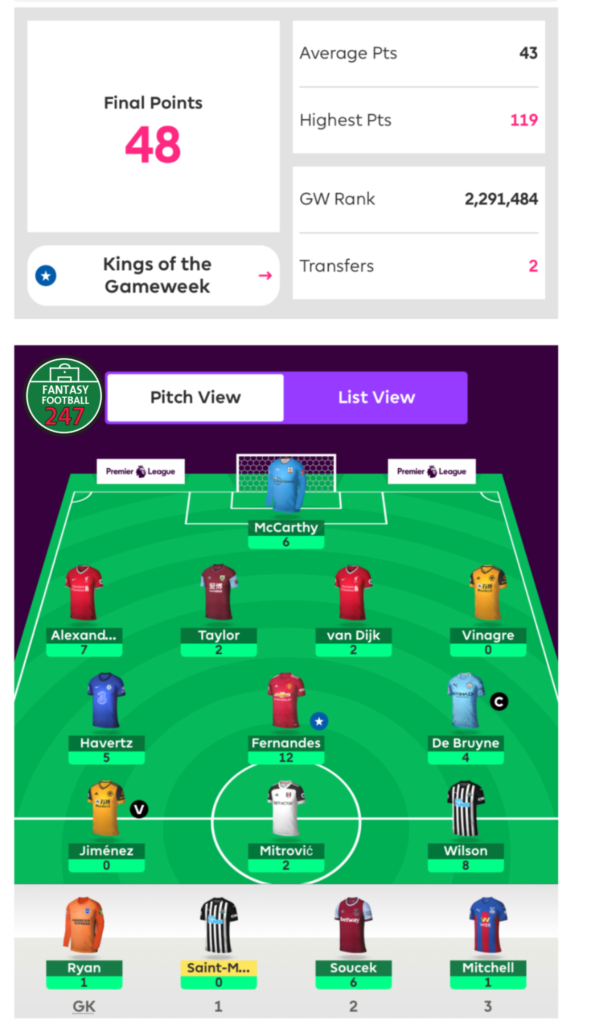 As simple as it gets this, a nomination to sell Mitrović for DCL was followed by four quick nods.

We are buying the bang in-form centre forward of a near top of the table Everton and selling the one from bottom of the table Fulham. This probably isn’t rocket science, but going route one and not over complicating matters is sometimes as simple as it gets.

It isn’t that we expect Mitro to suddenly dry up completely, because if and when Fulham score he’s likely to be involved, but that if seems to be getting bigger all the time.

Whereas Everton will score and DCL will probably be involved, even when he doesn’t realise it.

To confirm then we have SOLD Mitrović and BOUGHT Calvert-Lewin

Again, this was fairly straightforward. Our panel seems to believe that Man City will make leaky Leeds even more leaky and that Kevin will most likely be the orchestrator.

Our GW4 team in full… 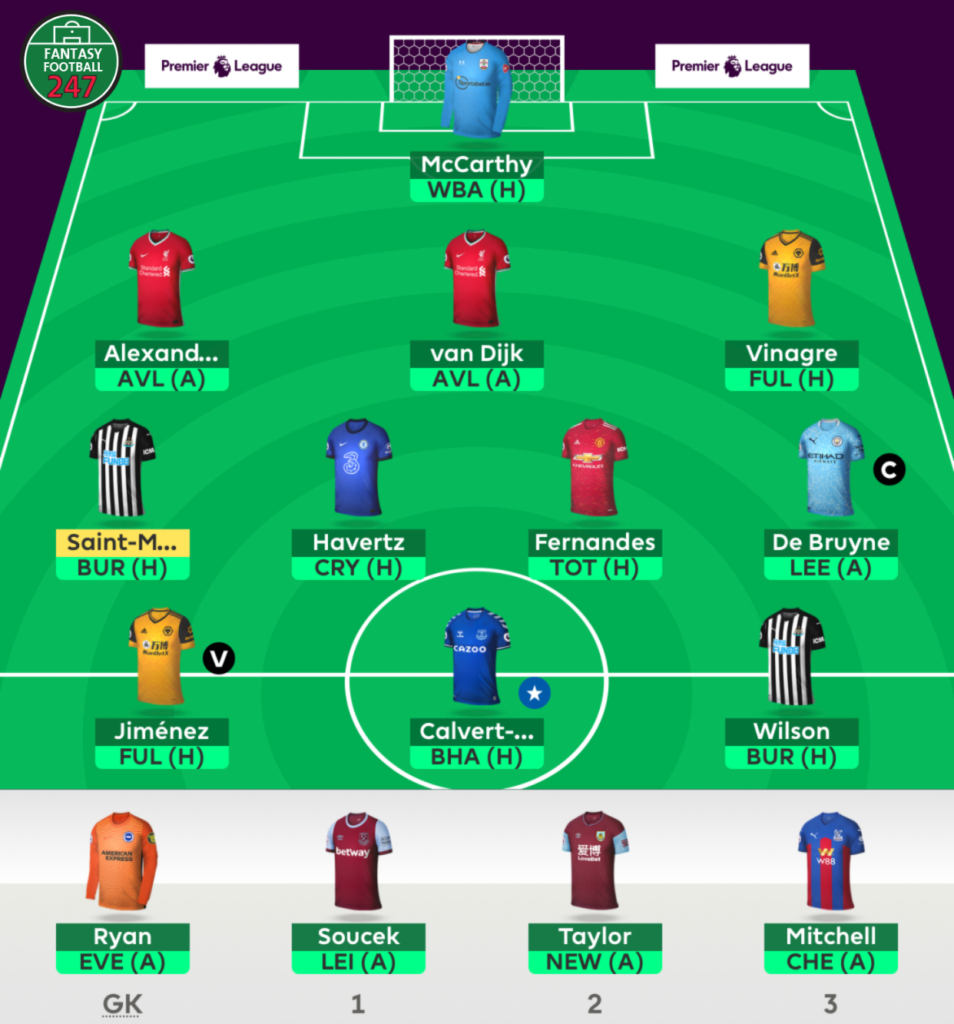 *Cookie is safe & well and we shall happily release him back into the wild. As soon as someone can find him…