Having spirited in the essence of Guy Sanchez last week I’ll turn to Freddie for inspiration this week. Having viewed the team sheets this past weekend, and the subsequent comments on site about the absolute carnage which followed I’d forgive a good many for simply throwing the towel in. It is the oddest of odd seasons, and that says a lot after the last one!

Cramming in this many games was always going to test squads out, both fantasy and real ones. The main problem here is that the more ‘aspirational’ players tend to be with clubs with larger squads, and are therefore more susceptible to rotation. And so it is proving.

But we shall carry on.

On a personal note Mrs Init still lies prone in bed, this illness really does deliver what is advertised in the brochure; we are now at the breathlessness stage. Be careful out there people, you really don’t want this.

As for my Capo picks last week, they were mostly sh*t too! DCL, Son and Gundogan 2, 2 and 3. The only bright spark was Salah with a brace and all 3 bonus points for a total of 30. Fortunately, I inadvertently captained him myself, after originally ‘chasing’ the GW by bringing in Sterling and captaining him, only for him to wave at me from the Etihad bench. 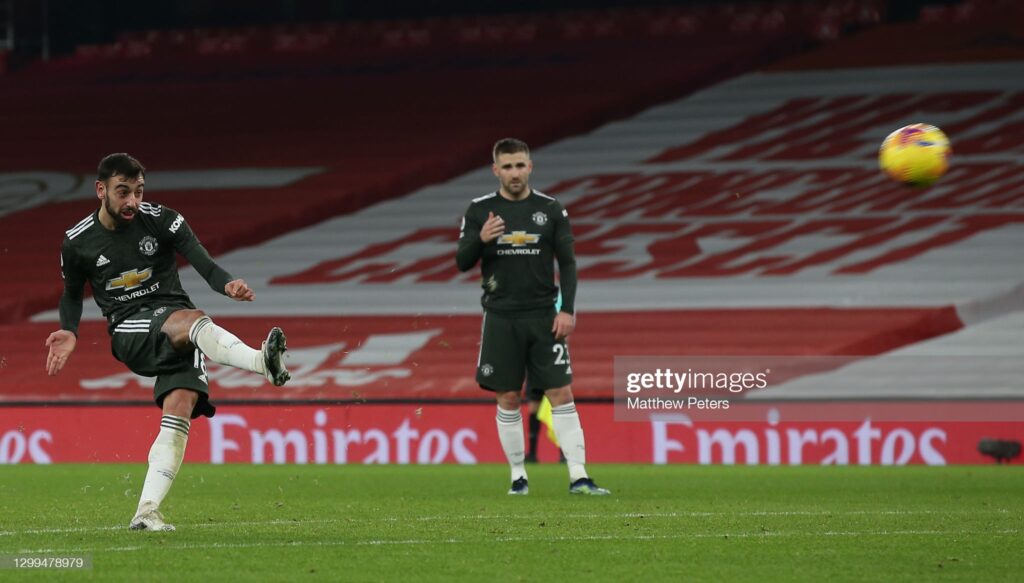 Yeah ok, he’s blanked in two now but class is permanent and this guy certainly is. Had he scored the winner last week then his suitors would be more. But he didn’t and (fantasy) memories tend to be short ones.

Conclusion
It’s a stretch but he’s certainly due. Saints are not in good form and United need a win to put themselves back on the road. 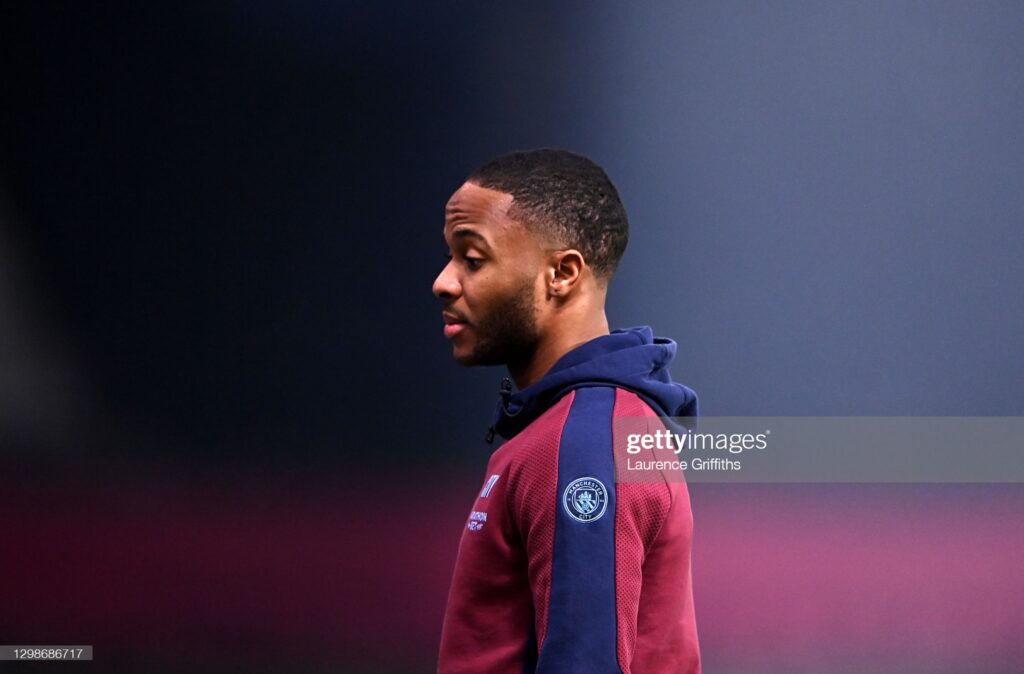 Having rested completely last week then surely Sterling will start this one? Gundogan has barely rested at all but he will likely continue to be flogged, such is his form.

Conclusion
City are in form, don’t mistake their strolling home to a narrow 1-0 win on Saturday with any sort of a struggle, that was game management at its best. They look like they can turn it on like a tap if needed. 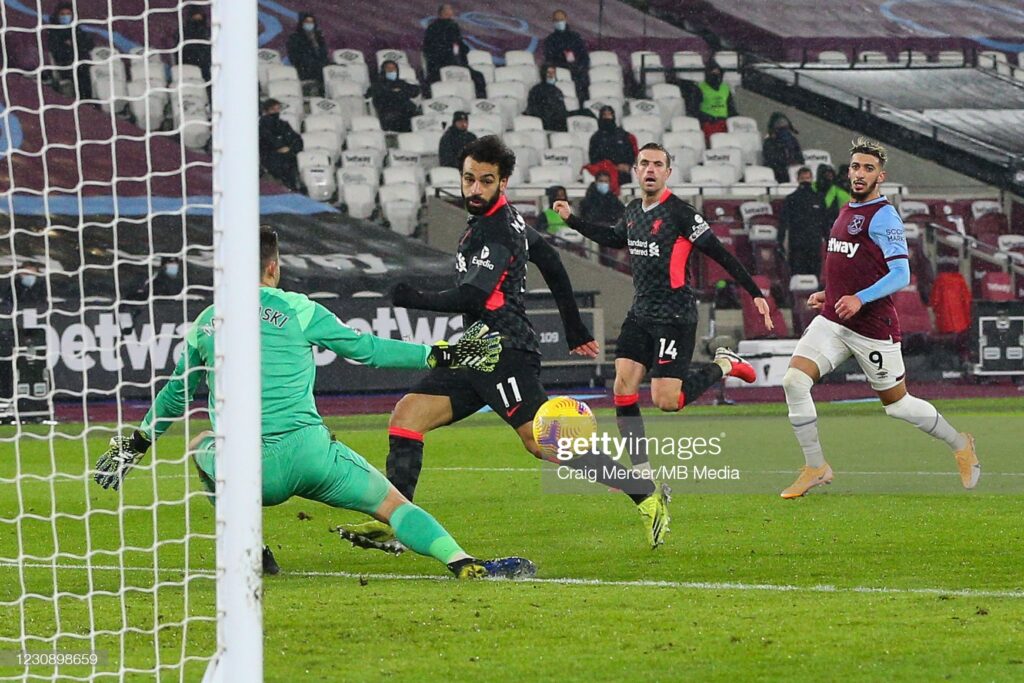 A tale of a form player vs a form team. Both Salah and Brighton put forward opposing arguments to this pick on Sunday evening. Whilst Salah scored a goal of the season contender, Brighton kept Spurs at bay.

Conclusion
“We own him because we know he can go off on one at any given moment. We probably captain him in the hope that he does too (it’s always a risk vs reward scenario with him)” To quote myself last week… and this stands firm again.

A couple or three differentials if you are feeling more adventourous…

DCL – Leeds (A)
Everton and Leeds both like a goal or two, be it in either net. The last time they met we all expected a 4-4 and got a 0-1, in a game where it could literally have been 6-6. He’s not scored since GW11 but will start to do so again soon.

Wilson – Palace (H)
Not many expected a brace at Goodison, in fact a good many will have lost patience and sold him. But he came through with one and not a pen in sight, which is my way of saying that don’t forget he still has those in his locker too, a few of the above don’t even have that.

Bamford – Everton (H)
You can read / repeat most of the above from DCL and Wilson for our boy Paddy B. Yeah ok, it wasn’t a brace but it was a similar outcome in terms of overall score and contribution. And he does have pens, sometimes. And he does have Everton in a game of much promise. And form. 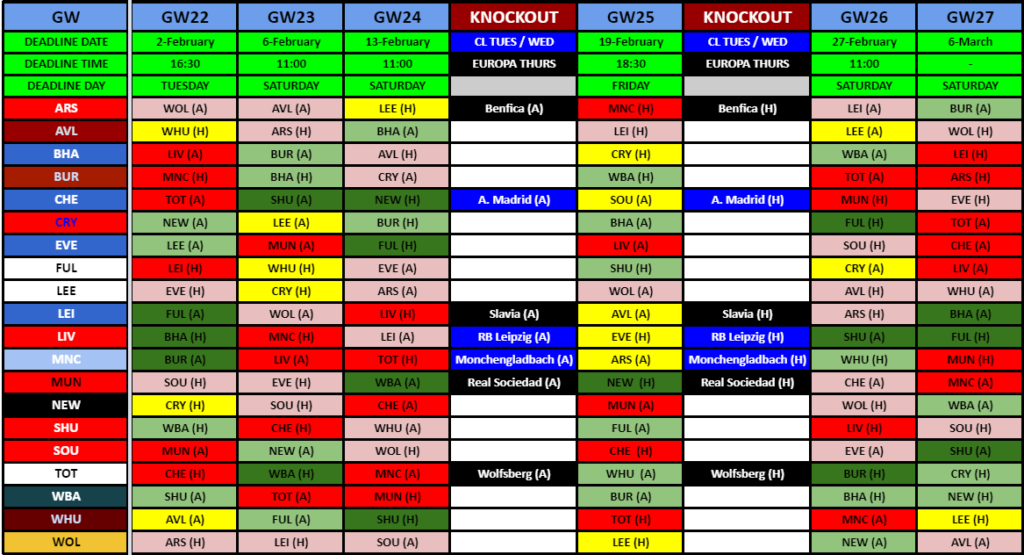