Welcome to Harry and Lloyd’s Fantasy Predictions GW’26 & 27. When I was a lad football used to be mostly played on a Saturday afternoon. Then the Premier League came along and Sunday afternoon football became the norm. Before long they sneaked in Monday night football and whilst we all looked the other way, Friday night matches became a thing. Madness. Then along came Covid who did whatever the Pandemic equivalent of ‘Hold my beer’ is. Now its football every bloody day.

Well once again it’s a Double Game Week, followed by yup, you guessed it, another Double Game Week. You know the drill; fixtures at the bottom, its a doubler, post all as one or comment on your original post for the subsequent game week. Nice one.

GW24 Winner is Leprechaun on 17pts. Second was a tie between, Albox, Elderzadi, WhoIsRonaldo, SomH3i and Matt. A plethora got Salah as the FGS. Well done all of you.

GW25 winner is Perun on 15pts, 2nd place goes to AllanBrallan on 13pts, Constantine coming third with a close 12pts. No one correctly guessed the FGS this week which is understandable as it was an OG from Meslier. Oopsie.

And so; Many Congratulations to Leprechaun and Perun. Please email us here; contact@fantasyfootball247.co.uk to claim your prize. 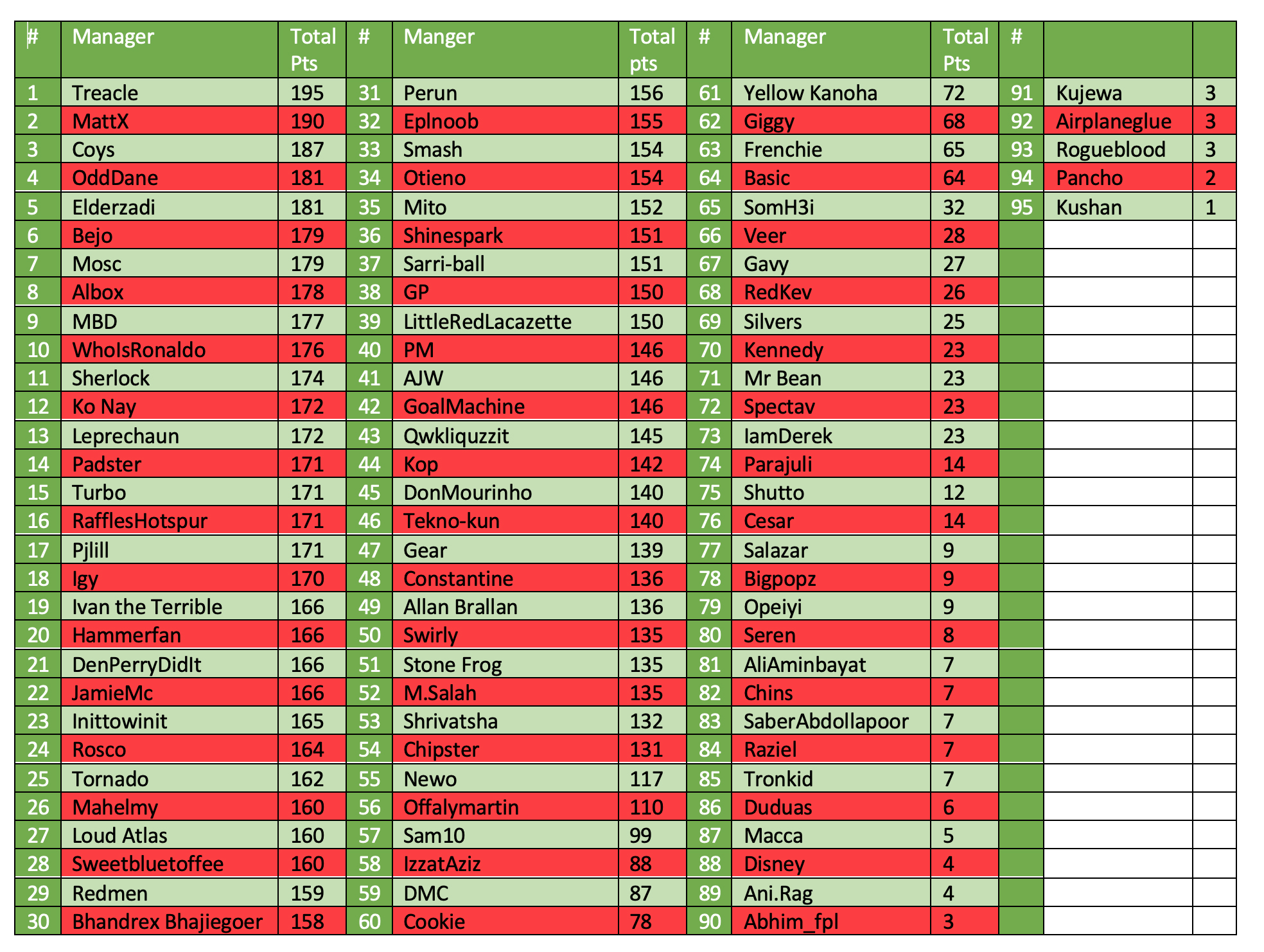 Things are starting to get very interesting at the top of the table. Our very own Matt has cut Treacle’s lead to just 5pts. Can she hold on? Will Matt snatch the lead and be called a cheat forevermore (I jest of course)? Who knows, but it’s all very exciting (I don’t get out much..nobody does!) My money is on Coys. The former champ is just 3pts behind my bro from another mo. He’s been here before. Game time.

The Rules… They are few; 1 entry per person and all entries must be submitted prior to the first game of the game-week. Kick-off this week comes on Saturday at 12:30 pm. Once all the games have been played, we’ll count up the scores and the winner(s) will be announced in the following week’s competition article and each week our winner will walk away with an FF247 branded t-shirt! ). So just to recap all you need to do is; – Copy and paste the fixtures from below and pop your score prediction on each. – Tell us who you think will be the first goal scorer of the week (and that can be from any game regardless of your other predictions) – Add in your time of the first goal of the week for any potential tie-breaker situation.