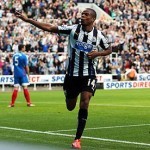 Loic Remy scored the only goal of the game in the 13th minute as the Toon Army carried on from their impressive victory over Chelsea the previous week, this time winning away at White Hart Lane. Midweek Europa League action does not aid Spurs when it comes to their league form as they slumped to their third loss of the campaign and second at home. Praise must go to Newcastle keeper Tim Krul who was absolutely ‘out of this world’ in goal, making an incredible 14 saves and fully deserving the man of the match award. 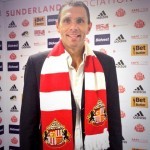 Most people would call this one an upset but one must remember this is now the fourth season in a row in which Sunderland has gotten the better of Manchester City at the Stadium of Light. A 21st minute David Bardsley strike, as well as resolute defence was enough to see Sunderland over the line in this one, sending City to their fourth loss of the season, carrying on their dismal away record, which is something that needs to be addressed if they are to compete at the top of the league. 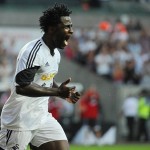 A mixture of emotions was seen in this one as Stoke squandered an early 2 goal lead through Jon Walters and Steven Ireland and allowed Swansea back into the game. A Wilfred Bony brace and a Nathan Dyer goal left the home fans thinking they’d secured the three points. However, to their dismay a controversial last gasp penalty was converted by Charlie Adam and both teams shared the spoils in this 6 goal thriller. 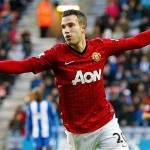 Super Sunday ended off with a massive clash at Old Trafford. Early on in the season this might have been seen as ‘do or die’ for United and they triumphed with an important on 1-0 victory over the league leaders. It could not have been scripted any better for manager David Moyes as his main man up front Robin Van Persie once again came up with the goods against his old team mates, scoring with a well placed header in the 27th minute from a Wayne Rooney corner.