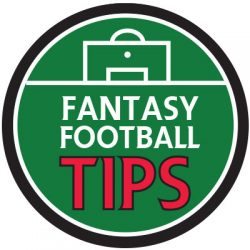 Welcome to Fantasy Premier League Tips Formation Analysis. What formation to play has previously and largely been a non-discussion. In past seasons it’s seemed that, other than a few voices pushing for a 3-5-2 formation, the default has been a 3-4-3. Front heavy teams have thrived with expensive forwards like Kun, van Persie, Drogba, Rooney, Suarez etc. Mix in a few high priced mids and cheap enablers in the defence and on the bench and you’ve had yourself a recipe for success.

Are we suddenly beginning to see a shift this season though? It certainly feels like it but is there any evidence to back this up or does it just feel like it because Klopp’s computer says ‘no’ to forwards?! We shall take a look at the overall points scorers, the weekly dream team formation and the highest points scorers every week to see if there’s a pattern there or any evidence to suggest we should be looking at one formation or another as a route to success. Oh and a couple of sample teams as well to illustrate the points.

These are the top 14 FPL point scorers so far. We cut off at 14 just because in 15th is a defender and they are largely irrelevant to this discussion but it’s possibly also worth noting the point that it took us to go that far down to actually find one. Then again they are priced cheaper for a reason.

Our conclusions and observations –
– If you cut off at the top 7 then you’ll see that 5 of them are mids and 2 are forwards. You almost certainly couldn’t have afforded the entire combo but as a wish list goes it would read in favour of a 3-5-2.

– If you took the next 7 as a sample then they mirror the pattern – 5 mids and 2 forwards.

– In total that’s 10 out of the 14 being mids and just 4 being forwards. Any betting man would point out the obvious here but we’ll let you make your own conclusions on the odds of landing on the best combo…

The Dream Team
The FPL site put together a ‘dream team’ each week which is basically the highest scoring combo of players for that GW. It differs from our next section, which is the highest fantasy manager’s points score in a week, mainly because this is literally the highest points scorer in each position each week and doesn’t account for chips or captains. It’s basically the premium ‘what if’. All we are looking at here is which formation would have been the best each week. The results are as follows –

Our conclusions and observations –
– We can see that of the 11 game-weeks we’ve had thus far the highest scoring dream team has been a 3-4-3 only twice.

– On two of the weeks when 4-5-1 was the winner, if the rules of the game had allowed it, a 4-6-0 formation would have in fact scored more points!

Highest weekly score
This is a bit of an odd one, for many reasons, but we thought it was worth mentioning anyway. More for the fact that it can be discounted as a measure really. It’s sometimes skewed by a random or indeed just spot on captain pick and that can then catapult the team to the top regardless of the formation. Likewise with triple captains or the many chips including wildcards. Or simply that it was a fresh team starting for that week, often with the intention of nailing the top score. So many variables make it a slightly unreliable source to judge from in terms of formation but we thought it was best to throw it into the equation.

3-4-3 wins hands down on this measure but as we suggest it is probably a flawed method for examining it. 3-4-3 being the main staple of most so far it is hardly surprising to see this one run out as the winner when you also factor in the variables mentioned.

Example Teams
As we alluded to earlier the FPL budget restrictions mean you can’t afford to just sling in the best 5 mids and 2 forwards and rock on. Nowhere near in fact. Looking at the picture above, of the highest scoring players, the top combo would set you back just shy of £70m. And that’s without defenders, keepers or subs! We’ve taken a conservative approach and cherry picked some of them combined with some of the highest scoring ‘lower priced’ options to come up with a couple of example teams in a 3-5-2 formation. Notably one has Kun and the other doesn’t. These aren’t particularly recommendations as such they are just examples of what is possible as there probably a hundred combinations you could come up with if you were so inclined. We aren’t quite that bored. Yet.

Conclusions
Conclusions?! We wouldn’t be as bold to say you can actually make any definitive ones. This is FPL after all and things can change quickly. Having 5 ‘premium’ mids and skimping on the forwards looks like the trend right now and possibly the way to go, if you can, so as to maximise the midfielders dominance in the points charts. A few key injuries and a sudden return to form for the likes of Kane or Vardy and the scramble will be on to revert back.

Why this shift though? There may be many more complex reasons, but we think the simplest answer may be that most PL teams are only utilising one player (at most) who is classified as a forward in FPL. With most teams playing 5 mids to 1 forward the probability of more mids than forwards featuring in the top scorers list is obvious. The shift to using five midfielders in the league has had an affect on FPL, and will likely continue throughout the remainder of the season. We are almost a third of the way through the 2016-17 season and there’s a reason that the dream team to this point is in a 3-5-2 formation. Granted, Kun and Defoe are hovering just below KDB for the 7th attacker position, but so are Mane and a host of other midfield options. After Kun/Defoe/Ibra there is a significant drop in overall score for forwards, while there are plenty of midfield options.

We can see that we’re in a transition period when we look at the world’s top 10 teams. There is still a bent toward 3-4-3 most weeks, but many have gone with a 3-5-2 for a number of weeks, with some intentional (not a result of auto sub) 4-4-2 and even 4-5-1 formations. This shows that a new strategy may not work across the board, but there may be something to a shift to a 3-5-2 formation.

So what good does all of this do for us? Why does it matter? We’ve got no clue really… We just thought it was interesting! Actually, we think it may have a huge bearing on our teams for the near future and it is something that every serious FPL’er should pay attention to, particularly when we approach the availability of our second WC in January.

What do you think? What have you seen for your team and in your mini-leagues? Will this trend change with the return of Kane and Giroud starting to fire a bit? Will Vardy get back to last season’s form in one of the few teams playing 2 (or even 3) FPL forwards in their starting 11? Only time will tell but as ever we’d be interested to hear your thoughts. Or just carry on chatting about the election, podcasts, cats, the weather, whatever – we don’t really care, we’re just glad you’re here!

Thanks for reading Fantasy Premier League Tips Formation Analysis. This article was written by Pancho and Inittowint