Hello everyone and welcome to UEFA Champions League Fantasy Football 2019/20. The Champions League returns in earnest this coming Tuesday, all ready to mess with your best laid FPL plans with words like ‘rotated’, ‘rested’ and ‘Oh, FFS!’ on the horizon. That’s not a reason to shun it though, more one to embrace it, because at least if you don’t see Kun on a Saturday you may get a chance to do so in midweek…. We jest of course, but if you’ve never played Fantasy CL before we highly recommend you give it a whirl. It’s by no means a set and forget job, it does take a little bit of interaction inbetween game days (we shall come onto that later) but we think you’ll find it is worth it.

Personally I love nothing more (well ok, cricket, but…) than settling down on an autumn Tuesday evening and putting on the BT Sports CL show and seeing how my fantasy team perform live. For those lucky enough to have access to it they do a show which is basically Soccer Saturday on steroids; it’s an around the grounds job but with live action. This isn’t a sponsored plug by the way, I was just setting the scene. Here’s what you need to know for this season, and probably some stuff you don’t too…

We have two leagues running;
Our official FF247 league code is 32NQYUI4KW
This one is the usual open air league that all and sundry are welcome to join;

Our Regs League is now closed to new entrants
Please email us on contact@fantasyfootball247.co.uk if you want the code.

Fanteam’s €100,000 Champions League Fantasy Game
As well as the usual free game there are other options if you fancy having a flutter and one is the FanTeam game which has a huge prize pool. You can find more details here and don’t miss the chance to enter our very own competition to win free entry to this one by simply posting your FanTeam username in our comments section on that article. There are three such prizes up for grabs. 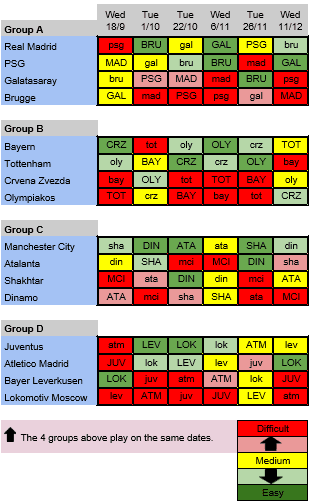 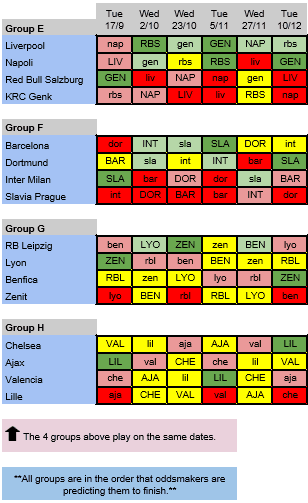 UEFA Champions League Player Tips
When time is of the essence sometimes we need to call on our friends and we have done just that here. Jamie and his team at FantasyBet have written a series of articles detailing their picks for each position and their best picks from each price bracket, and given as we read them and couldn’t have put it any better ourselves we have decided to simply link each one here for you;

And they have one of these too! Just CLICK HERE