Online Casino Games Grows Popular with Sports Cancelled Governments around the world are warming up to the idea of resuming sports entertainment after months of suspension. From Spanish La Liga to the Bundesliga in Germany, the UFC to English football, it might not take long before everything gets back to normal. But until then, people have found a new way to fill the void left by sports cancellations. Instead of howling about the lack of sports, they are having fun on virtual poker and blackjack tables or trying their luck on slot machines. The Thrills of Instant Wins Video slots are games of luck, but that doesn’t people from risking their cash to try and win some more. Everyone wants to win life-changing sums of money. We are talking about hitting the £1 million jackpot or at leas...[Read More]

Best Individual Premier League Performances of the Decade As fans of different outfits in the English Premier League, we are bound to have personal favorites. Since the start of the 2010/11 season, thousands of matches have taken place at stadiums across England. This list includes the top 10 individual performances according to the official Power Rankings over 35 matchday stats. #10. Mohamed Salah (Liverpool vs. Watford – March 2018) The Egyptian was on fire in his first season with Liverpool, but during this particular match against Watford, he was at his prolific best. He scored four goals, and set up another for Roberto Firmino on the evening. Salah’s season was so good, he went on to score 32 goals for the season, setting a new record for the highest number of goals in a single EPL se...[Read More]

UEFA Champions League Fantasy Football 2019/20 Last 16 – 2nd Leg Hello everyone and welcome to UEFA Champions League Fantasy Football 2019/20 Last 16 – 2nd Leg. The CL is back for part 2 of this protracted round on Tuesday. Even though it’s the 2nd leg it’s essentially a fresh GW with new transfers to be made and captain / substitutions to be poured over once more. Let’s go make sense of it all for you once more… So what do you really need to know this week… 3 Free Transfers Yep, you get three free fresh transfers ahead of this round, simple as that. (You can now include four players from any one team at this stage, as opposed to the standard three, this increases as we progress through the rounds). You can carry one over into the next round if you like ...[Read More]

UEFA Champions League Fantasy Football 2019/20 Last 16 – 1st Leg Planning and Preparation Hello everyone and welcome to UEFA Champions League Fantasy Football 2019/20 Last 16 – 1st Leg. The CL is back with a bang this Tuesday. And then Wednesday. And then the following Tuesday. And then the following Wednesday. And that’s just the 1st leg… Confused yet? Worry not, we got your back. The purpose of this article is two-fold; 1) We shall make simple sense of the above for you in terms of how you should approach this upcoming round. 2) It’s an interactive chat so as ever dive in below, ask questions, answer questions and then when the deadline(s) pass (more on those later, all 3 of them!) you can simply crack on and chat sh*t about the games. So what do you really need to know this week&#...[Read More] 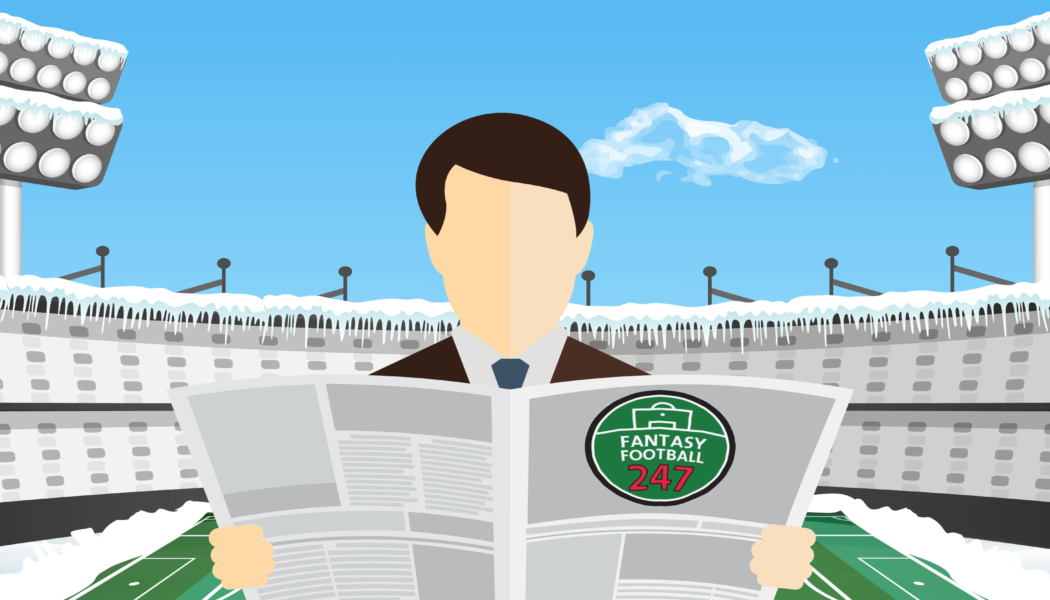 Who Will Win the Premier League in 2019-20? The English Premier League is one of the most competitive tournaments worldwide. Manchester City won the 2017/2018 and 2018/2019 Premier League titles. No club has ever won three consecutive titles. Betway offers pre-match and live EPL bets to soccer punters. Liverpool was the second club last season. The club is leading in the current league table with 61 points. Here are four top clubs that are likely to win the 2019/2020 Premier League. Liverpool Last season, most soccer fans believed that the Reds would finish the campaign as one of the top three clubs. The players narrowly missed the title by one point with Sadio Mane being the top goal scorer in the tournament. Jürgen Klopp didn’t sign new players in the 2018/2019 season. Instead, he ...[Read More]

How to buy your favourite football club

How to buy your favourite football club The beautiful game of football is enjoyed by more than 3.5 billion fans from all corners of the globe. Most of these fans would readily admit to having dreamt of buying their favorite club at one point. Whether you are a childhood fan or an investor looking to spread your wings, owning a football club is an exciting proposition. Despite this collective desire to own a football franchise, the vast majority of fans lack the information on how to go about it. And frankly speaking, they wouldn’t know where to begin. For such fans, you have come to the right place. Read on to learn more about the business side of football and how you can buy your favorite club. Ways of Ownership Football clubs are separate legal entities. As such they are registered compa...[Read More]

UEFA Champions League Fantasy Football 2019/20 GW6 Rotation Central Hello everyone and welcome to UEFA Champions League Fantasy Football 2019/20 GW6. The main focus this week will be on the line-ups as we have a good many teams who have qualified already, some who have already topped their group, some who know they are staying in 2nd, some who know they are out of contention, even for 3rd spot, and a handful who still have a vested interest in actually winning this week. We shall detail all of this below. Along with the usual update on the Regular’s League and we also have that all important (now less so) Fixture Tracker. State Of Play… Group 1. Nothing to play for; This is where we are likely to see most of the rotation… Qualified as Group Winner; Bayern Munich Juventus ...[Read More]

UEFA Champions League Fantasy Football 2019/20 GW5 Last chance saloon Hello everyone and welcome to UEFA Champions League Fantasy Football 2019/20 GW5. ‘Last chance’ may be being over dramatic but with three teams already qualified, three who definitely can’t and a whole host of the remaining spots likely to be decided this week then this may be your last chance of seeing your ‘nailed on’ first team players in meaningful CL group stage action before rotation inevitably hits in GW6. The main purposes of this article are threefold; to remind you to do your team, to provide a separate CL space to ask for help and advice from the community (and to hopefully reciprocate in that aim) and lastly just somewhere to chat about the games as they happen; a CL Live Match Chat if you l...[Read More]

Champions League Fantasy Football: Five budget midfielders & defenders A bargain defender or midfielder can make or break your fantasy team. Here are the top five contenders for budget midfielders and defenders you can choose for the 2019/2020 UEFA Champions League season. Top Budget Midfielders Kai Havertz – Leverkusen (€5.5M) Finishing in fourth place in the Bundesliga last season, Bayern Leverkusen is back at the UEFA Champions League after the two-year absence. Their young German Midfielder, Kai Havertz is essential for their chances to progress in the tournament, after enjoying a fantastic 2018/2019 campaign. Dani Olmo – Dinamo Zagreb (€6.0M) Following their triumph over Rosenborg during the playoffs, Dinamo Zagreb is in the group stage for the first time over the two years. The ...[Read More] 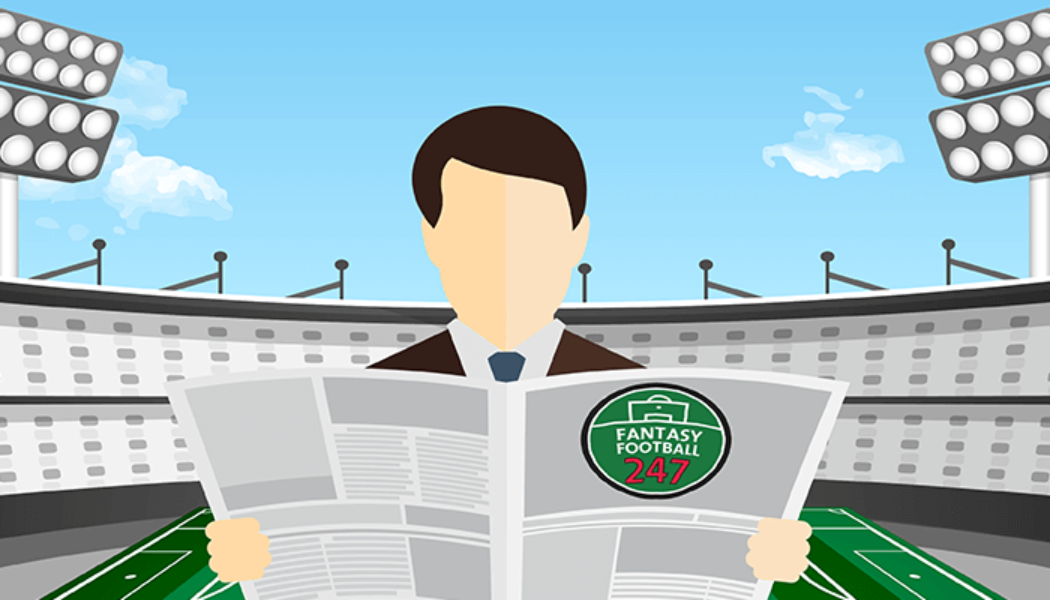 Fantasy Football Press Conference and Team News GW1 Welcome to Fantasy Football Press Conference and Team News GW1. Sometimes change is needed and not because you want to make it, simply because the current situation becomes untenable. This is the case for Predicted Line-ups. We know the line-ups themselves were a popular addition but in all honesty it was stretching us to a limit on a Friday. It also meant many key personnel hiding behind a computer screen for hours on end on the busiest day of the week trying to figure out such useful things as how Huddersfield would line up. Time best spent? We think not too. We’d much rather they be out and about getting involved in the chat and helping in that way. Facts and figures wise we stacked up as we were 76.3% accurate overall last seaso...[Read More]

EPL Top 4 Champions League Race Soccer is a popular sport globally. Different tournaments such as the UEFA Champions League attract thousands of spectators. Usually, the top European clubs compete in the annual Champions League tournament. The 2018/2019 English Premier League (EPL) season had stiff competition. Many soccer fans placed stakes on Betway for their favorite teams. Arsenal, Chelsea, Manchester United, and Tottenham were all determined to secure a spot in this year’s Champions League. In this post, we discuss the EPL top four Champions League race. Tottenham Tottenham had garnered a total of 70 points by the end of last February. However, they lost to Chelsea and Burnley. The EPL team drew with Chelsea a few days later thus losing an edge over their closest rivals. Tottenh...[Read More]